Ahead of the performance of the band at the “Beijing Underground Sweet Winter Music Days” Part 1 at School Bar on the 18 of January 2018, here is an interview with Boss Cuts, surf’s up. 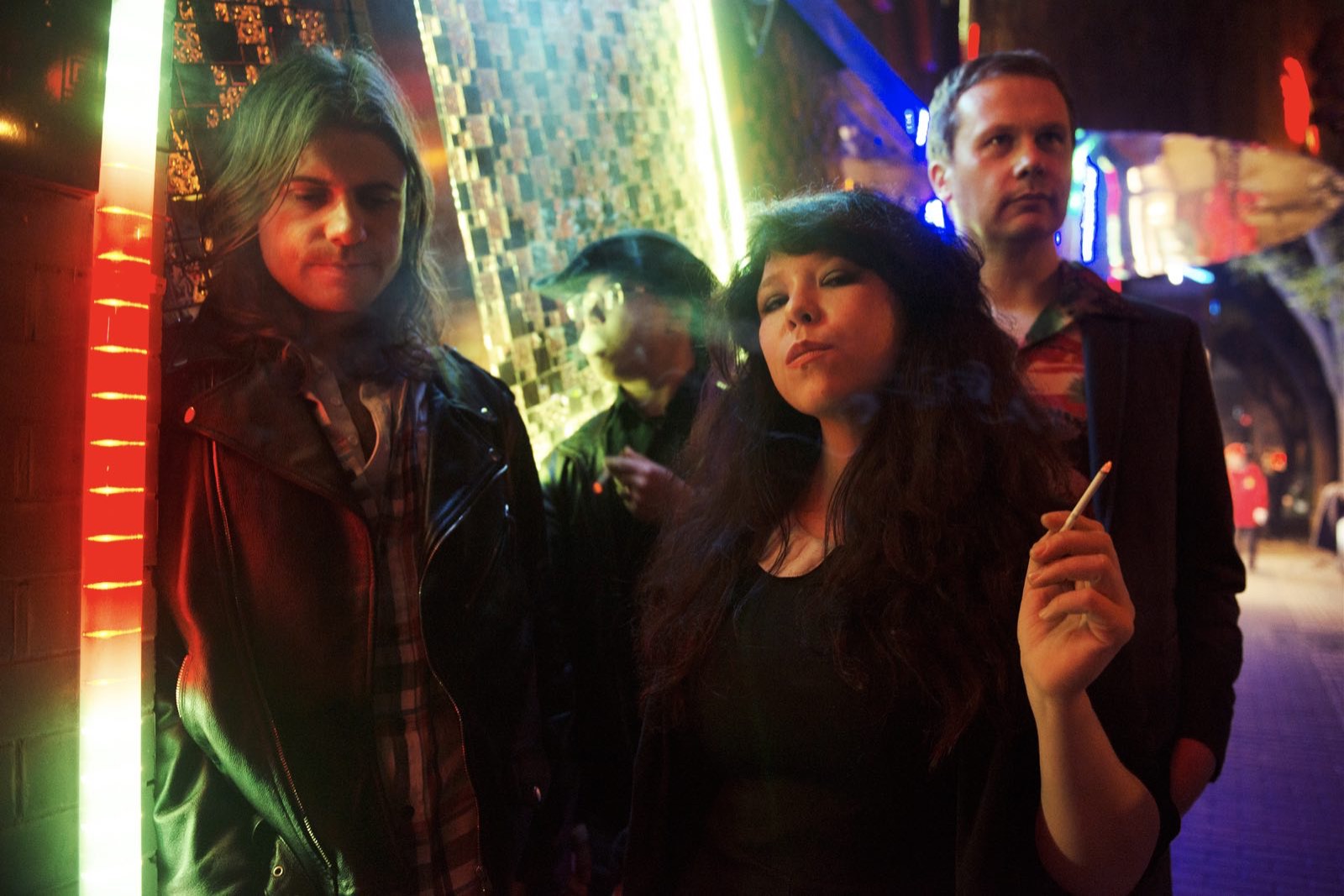 Hello Boss Cuts, can you introduce yourselves to our readers?

We are a surf rock band based in Beijing. In May 2017 we had our first performance and since then we have had more than 30 shows. We were surprised by the response as Beijing tends to focus on what I consider to be modern styles of music like punk, metal, indie, and post-rock. Music from the 1950s and early 1960s like r&b, rockabilly and surf is underrepresented. My aim is for Boss Cuts to help fill that void.

What Does Boss Cuts mean? How did you get the idea of the band name?

I was digging through some zines from the 1960s and on the cover of one (I can’t remember the name) was a girl with a guitar surrounded by BOSS CUTS!!! BOSS CUTS!!! BOSS CUTS!!! BOSS CUTS!!! BOSS CUTS!!! In the 1950s and early 60s “Boss” was a popular slang term for awesome or great. But unlike “cool” it didn’t stick. I’ve tried using “Boss” a few times but people thought I was referring to Bruce Springsteen. “Cuts” means songs. It comes from when bands recorded onto tape and each song or edit would be cut with a razor blade. Splicing songs together is easy but edits during the songs or on individual tracks is tricky. For instance, Good Vibrations by the Beach Boys. This is a complex song with numerous sections comprised of different combinations of instruments and environments. Brian Wilson used almost 100 hours of tape on what would end up being a three-and-a-half-minute song. If you listen closely the transitions from the verses to the chorus are out of time. What’s more the room sound during the verses is completely different to the chorus; the verses are spacious whereas the chorus is confined. It’s hard to know whether the splices are mistakes or not –– maybe they are like Godard’s jump cuts –– as Wilson was experimenting with all kinds of recording and production techniques. The Beach Boys’ Smile/Smiley Smile is a much more experimental record than Sgt Pepper’s –– everything from the songwriting, arrangements, recording techniques to the production. Wilson was writing, singing, recording, producing, and going mad all at the same time. He was Lennon/McCartney/Martin/Barrett all in one. So getting back to the name Boss Cuts means awesome songs. 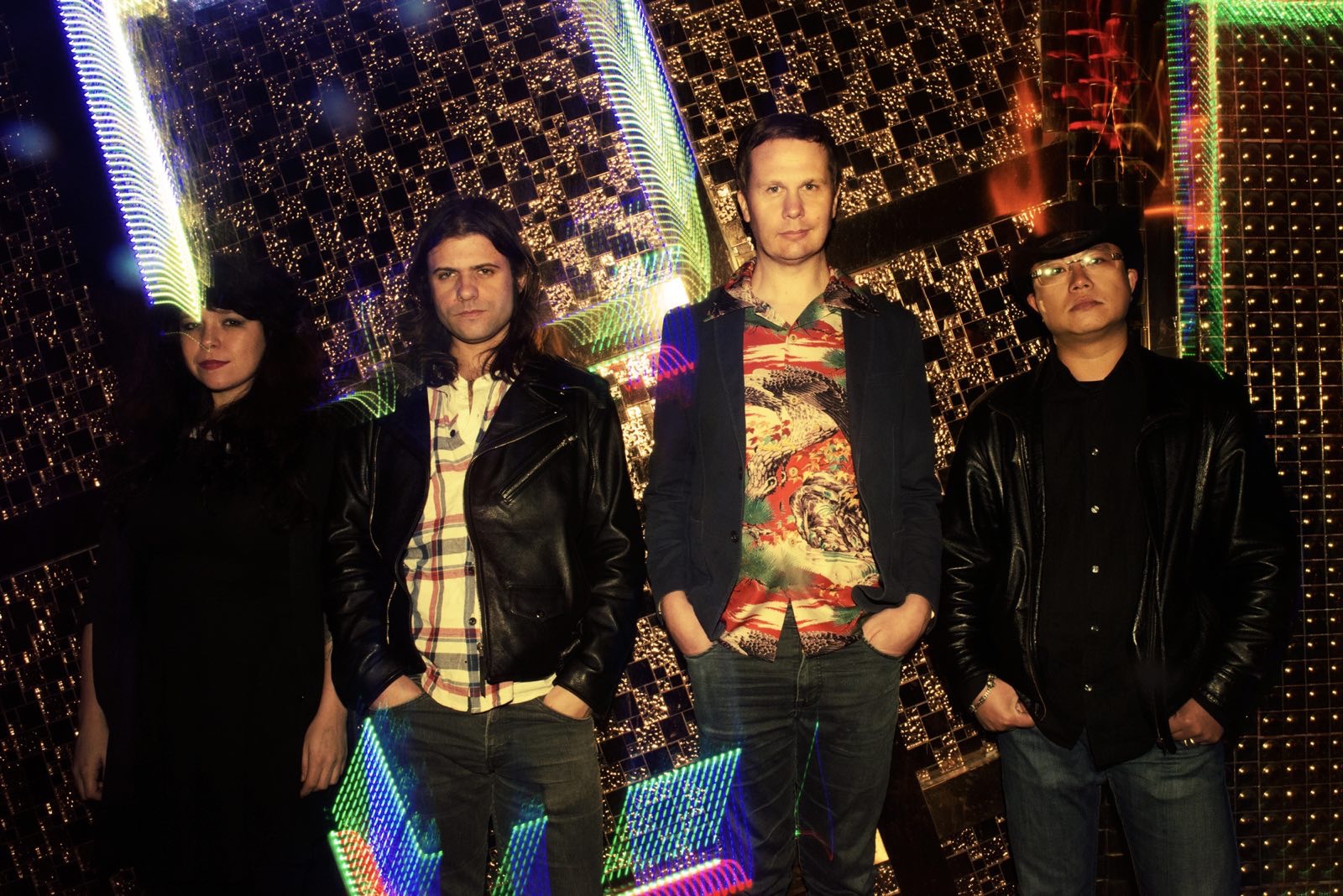 What brought you to China?

After finishing my PhD I needed a break. After travelling for a few months in India the idea was to spend a year or two in China and then move to the UK. One to two years turned into five years. I never planned on living in China. For my generation China was off the radar. Although I would still be playing surf music if I was back home in Australia it’s breaking new ground here as people are not as familiar with the genre or don’t play this style.

Why do you play surf music? Is there any interest for surf music in China? Are there any other surf bands in China?

I am lousy at surfing and sport in general. I tried surfing once as a lanky teenager and fell right off the board. But very few surf bands actually surfed. The first few Beach Boys records were all about surfing, cars, and shagging on the beach but then they grew up and made Pet Sounds. By 1964 the surf craze had well and truly exhausted itself and young people’s tastes and experiences were becoming more sophisticated. Surf died a sudden and necessary death. It was not until electronic music emerged that instrumental music would be popular again. What I like about surf is the raw, fat, wet timbres of the guitar, bass, drums, and sax. The first wave of surf music (1960-64) emerged before the invention of fuzz, distortion, and wah pedals so surf guitarists had to experiment with their amplifiers and guitars. This meant turning everything up and playing hard and fast. But surf also did something that hadn’t been done before in the history of music; it used electronic instruments and effects to recreate real-world sounds. It was Dick Dale who developed the surf sound and tremolo picking technique. Dale’s fast picking style derived from the sound of running his fingers along the barrel of a wave while surfing. The various sounds produced from the spring reverb tank from the drip to the crash are like being under water or being dumped by a wave. So surf music was pioneering in many respects. For live performances I use a reverb pedal that emulates the old reverb tanks as I can’t be assed carrying my Fender Reverb amp up six flights of stairs while drunk. In China, the main point of reference for surf music is Pulp Fiction. When surf emerged in California in the early 1960s, China was recovering from a famine so there’s a tremendous historical and cultural gap. The only Chinese surf band I am familiar with is The Psyders from Shanghai. I’ve seen some of the performances on YouTube and they are great. I’m not sure if they are playing anymore. Finding other Chinese who can play surf is difficult as it is not well known.

What do you think of the Beijing/China music scene? 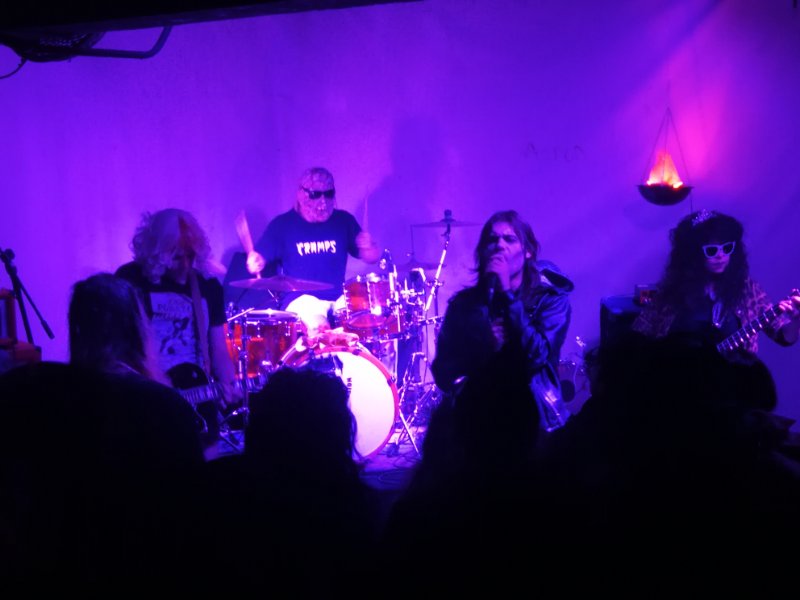 I mainly go out when Boss Cuts performs so I have a skewed perspective. It seems that Beijing is mostly made up of punk, metal, and indie bands but that might also be because I divide my time between Temple and School. One problem about Beijing is that it is a transient city. It seems that the expats spread themselves among a lot of bands and/or don’t stay long so it’s hard to keep a band together or build a scene. Unfortunately there is a gap between the locals and expats. Our drummer is Beijing ren but we are the exception not the norm. I’d like to see more bands doing rockabilly, garage, and surf. Beijing doesn’t need another shoegaze band.

What bands do you like in the Chinese music scene?

When I arrived Beijing SUBS really impressed me. WHAI and Chui Wan are also great. I’m not into much of the music around town. Punk and metal are entertaining to watch but I rarely listen to those genres at home. I’ve spent most of my life digging into rockabilly, surf, garage, psych, soul, and funk and I’m still discovering new songs, musicians, and bands. Unfortunately in Beijing there aren’t many original bands that do those styles. I have no time for cover bands except for Peking Floyd. Recently I have started DJing with ADDJ to get more music of the 1950s and 60s out there. Rockabilly and soul are the foundations of pop music.

Do you have an album out? Do you consider recording in 2018?

We are a long way off from putting out a full album. After Spring Festival we will do a some recording and take it from there. Maybe we will release a 45. At this stage we are a live band and I’ve written the songs for that setting. Songs that make drunk people dance are generally not interesting to listen to. 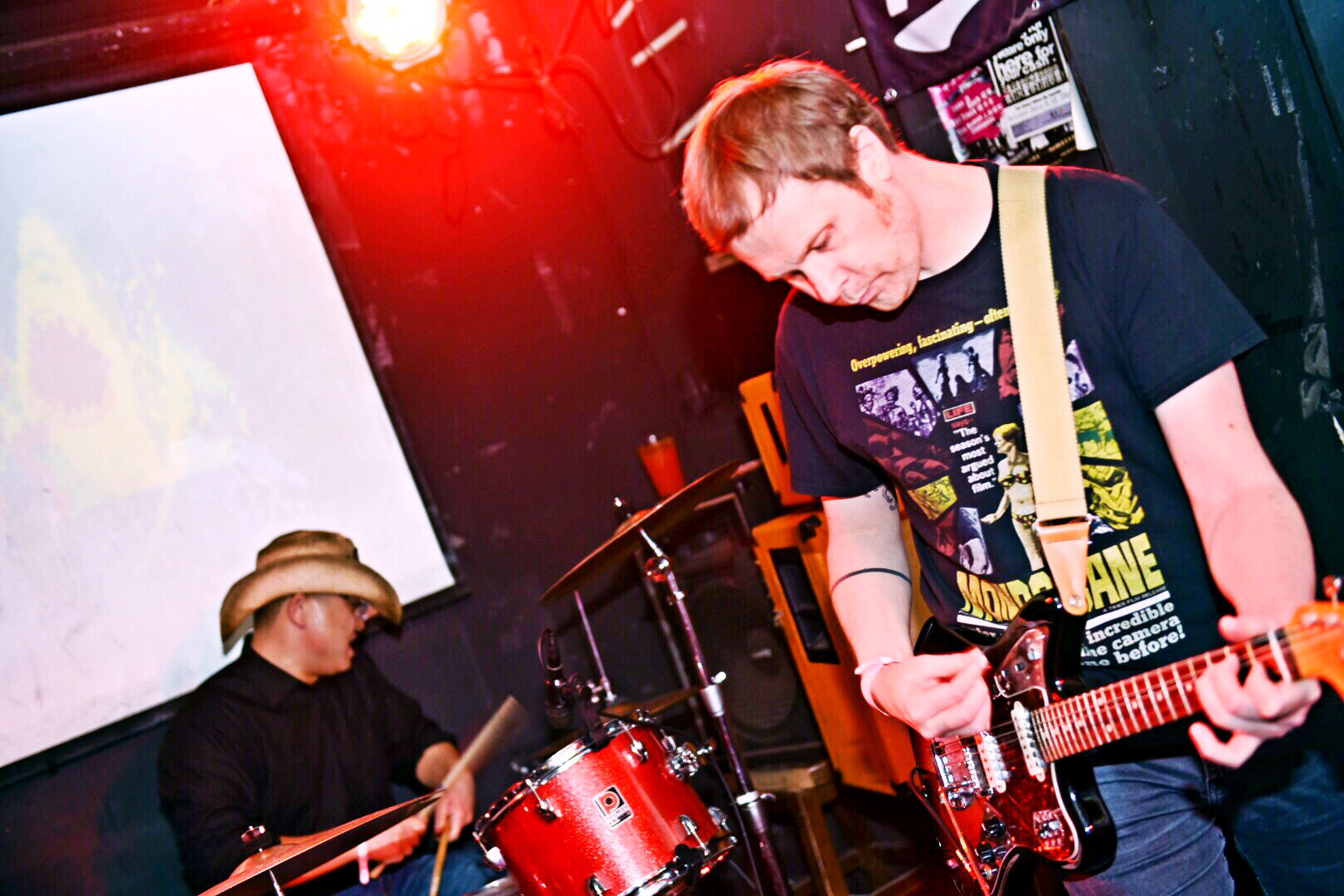 Is there any bands you want to recommend to our readers?

My favourite surf band is The Centurians. They had a dark, growly, creepy sound, especially on songs like Bullwinkle Pt II, Intoxica, and Comanche. They cut one record and then faded into obscurity until Tarantino used a couple of their songs in Pulp Fiction. From the first wave of surf I recommend The Lively Ones, the Surfaris, Eddie and the Showmen, the Pyramids, and The Atlantics. An anomalous yet pioneering surf band is Jon and the Nightriders. These guys came out in the late 70s/early 80s when surf music was deep in the grave. They didn’t revive the genre but they gave many of the classic first-wave surf songs real punch. The Cramps, the greatest rock and roll band there ever was, had a strong surf influence. Following Pulp Fiction a whole bunch of surf bands emerged, many of which reinvented the genre. Since then surf has become a very loose term as it has appropriated other concepts. For example, Messer Chups do horror surf, Man or Astro-Man? do space surf. Perhaps it best to think of surf as a sound and vibe. Some contemporary surf bands I dig are La Luz, Satan’s Pilgrims, The Bomboras, The Volcanos, and The Bambi Molesters. Japan also has some amazing surf bands like the Surf Coasters, the WHYs, and the 5.6.7.8’s. 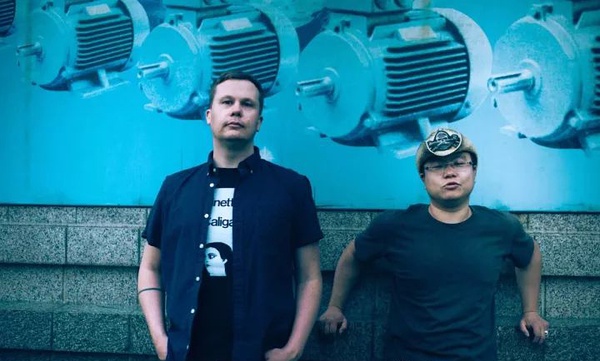 For surf musicians the go-to site is surfguitar101.com

Spotify playlists worth checking out: