Beijing Underground presents… Yes : Art and Music is an event featuring multiple artist/music collaborations in a live performance setting. Whether projections of the artist’s work casted among the music or an entirely live art experience, the event is sure to be of a different kind. 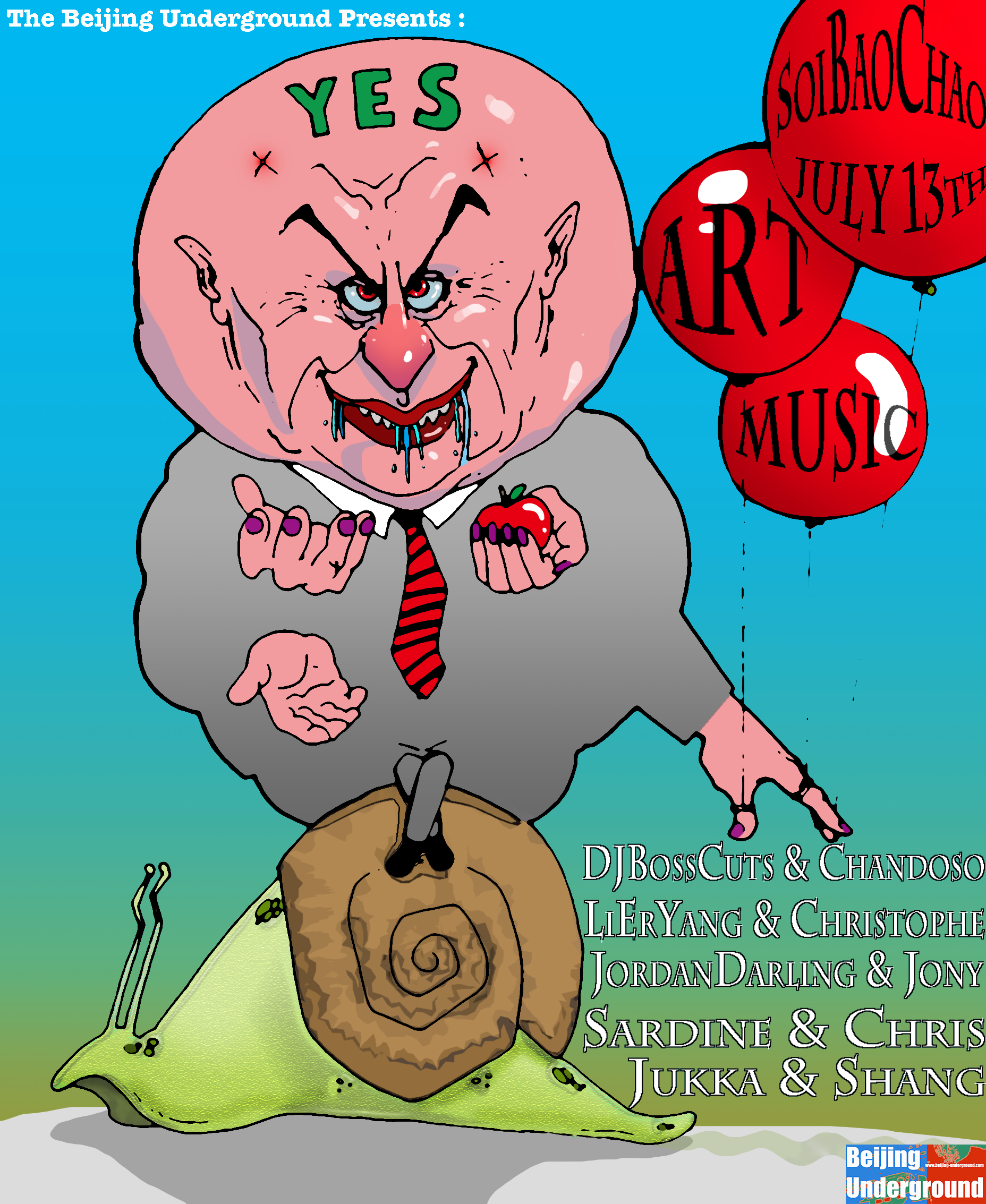 As a composer, besides writing for bands, he is interested about experimenting with structure (aleatory) and unusual rhythmic textures (polyrhytms, polymeters, and odd time) as well as different intonations (just intonation and overtones) and improvisation. 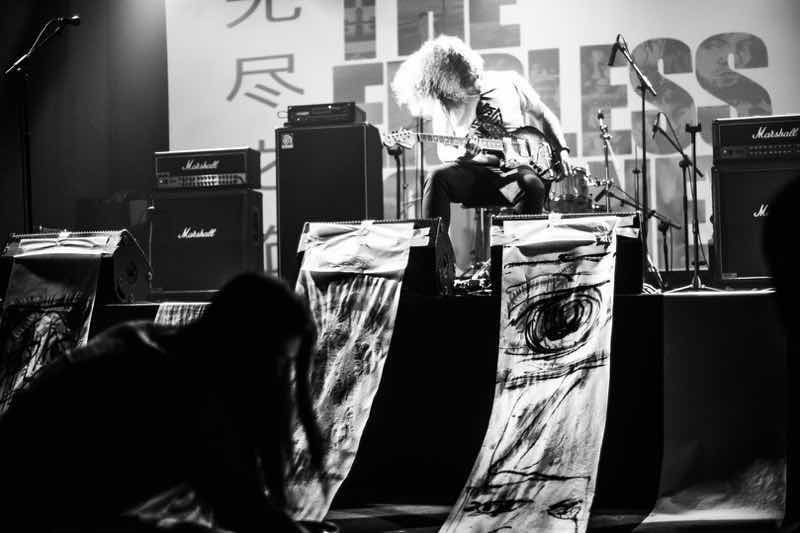 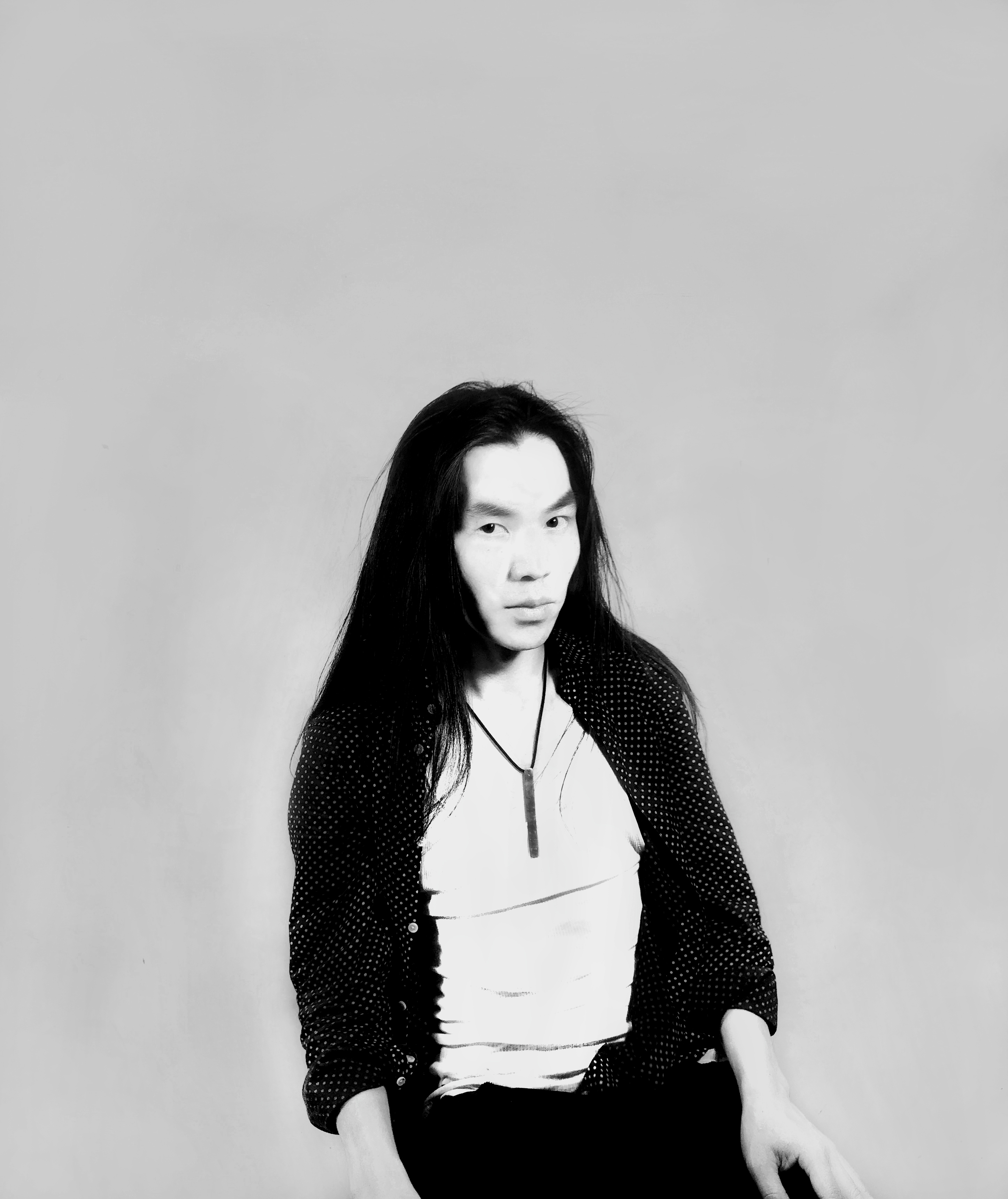 Bio: Born of a hellhound and the Bull of Heaven, Chris—named after the sound made by the tab being pulled from a soda can—is a real artist, not a phony. He draws his inspiration from nature, and his work is noted for its realistic depictions of both man and beast. Some have criticized his work for lacking diversity, citing the paucity of the female form in his oeuvre. However, he has answered that criticism by pointing out his inability to draw breasts, and he insists that it is not due to latent homersexuality, as many critics have speculated. 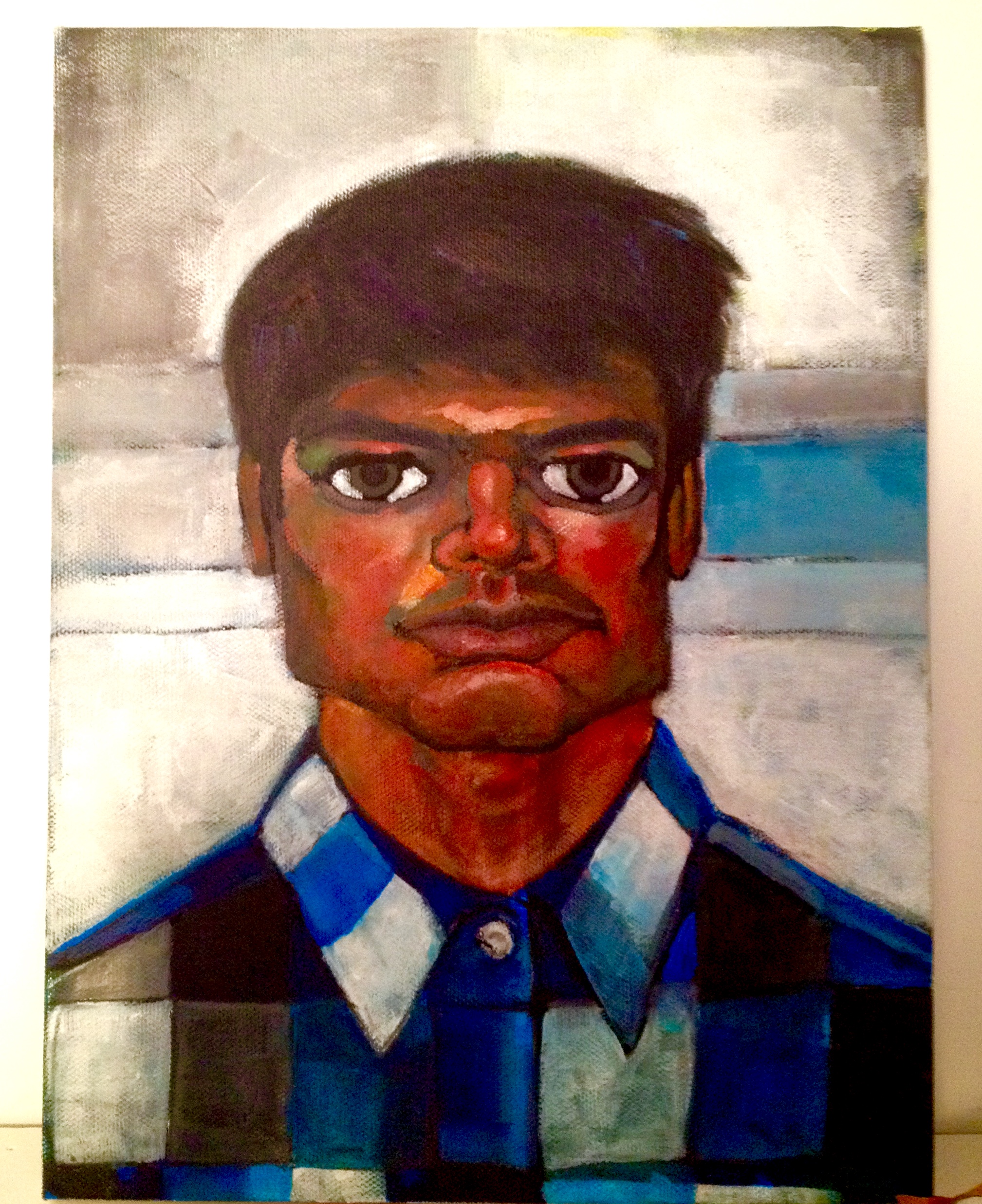 Sardine is Back and the Wheel is Broken is an improvised punk band. 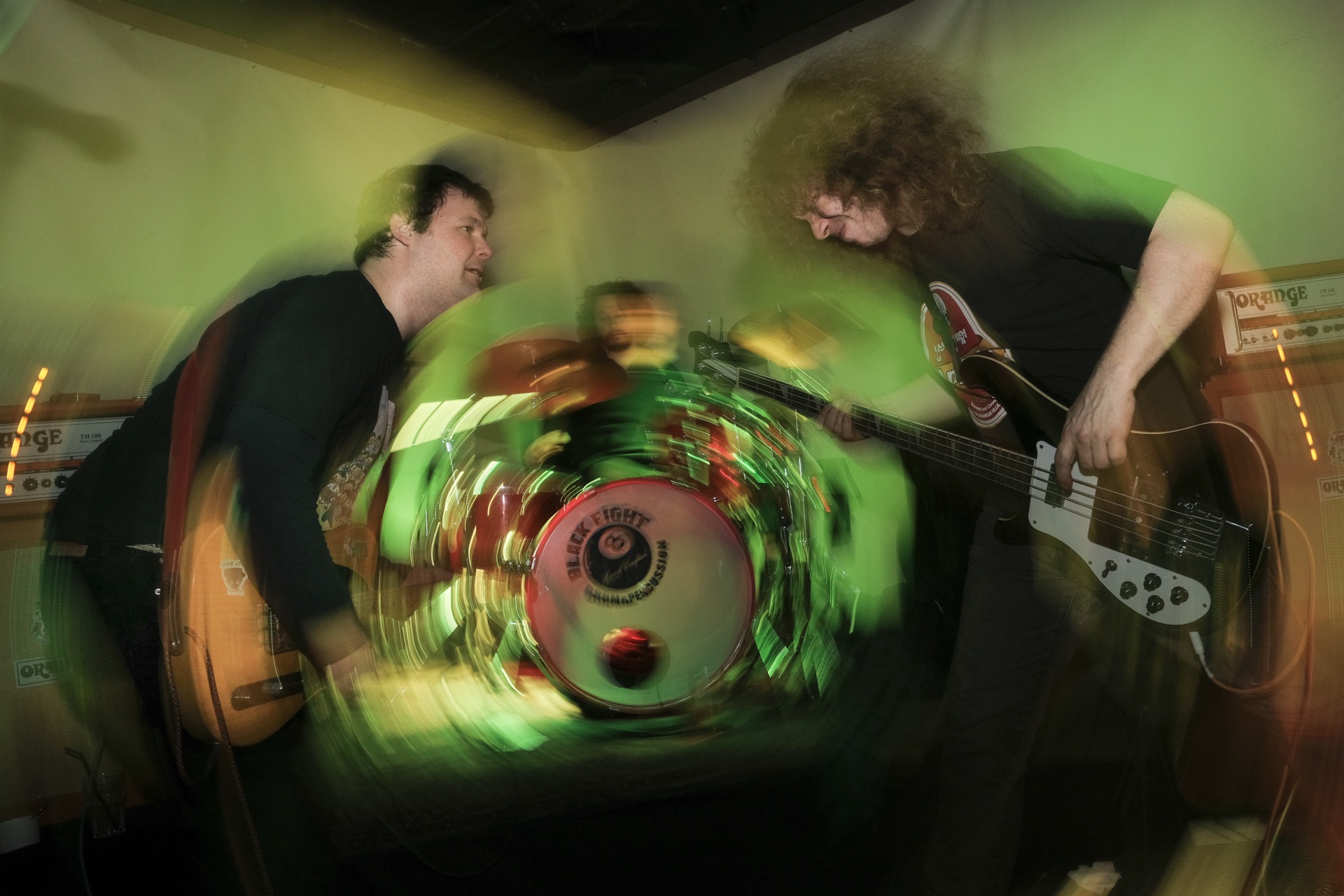 Jordan Darling has a voice that could break your heart and make you fall in love all at once!

Her style of melodic indie-folk music feels modern and refreshing, yet she wears a wide variety of influences on her sleeves, ranging from classic artists such as  Joni Mitchell and The Cardigans, to innovative performers like Rilo Kiley and Imogen Heap, only to mention a few.

Jordan had the chance to travel throughout the world, playing her heartfelt and passionate songs to audiences in the United States, Israel, and China. Her lyrics come from a very personal place, bridging the gaps between genuine introspection and whimsical artistry…half heart, half art! 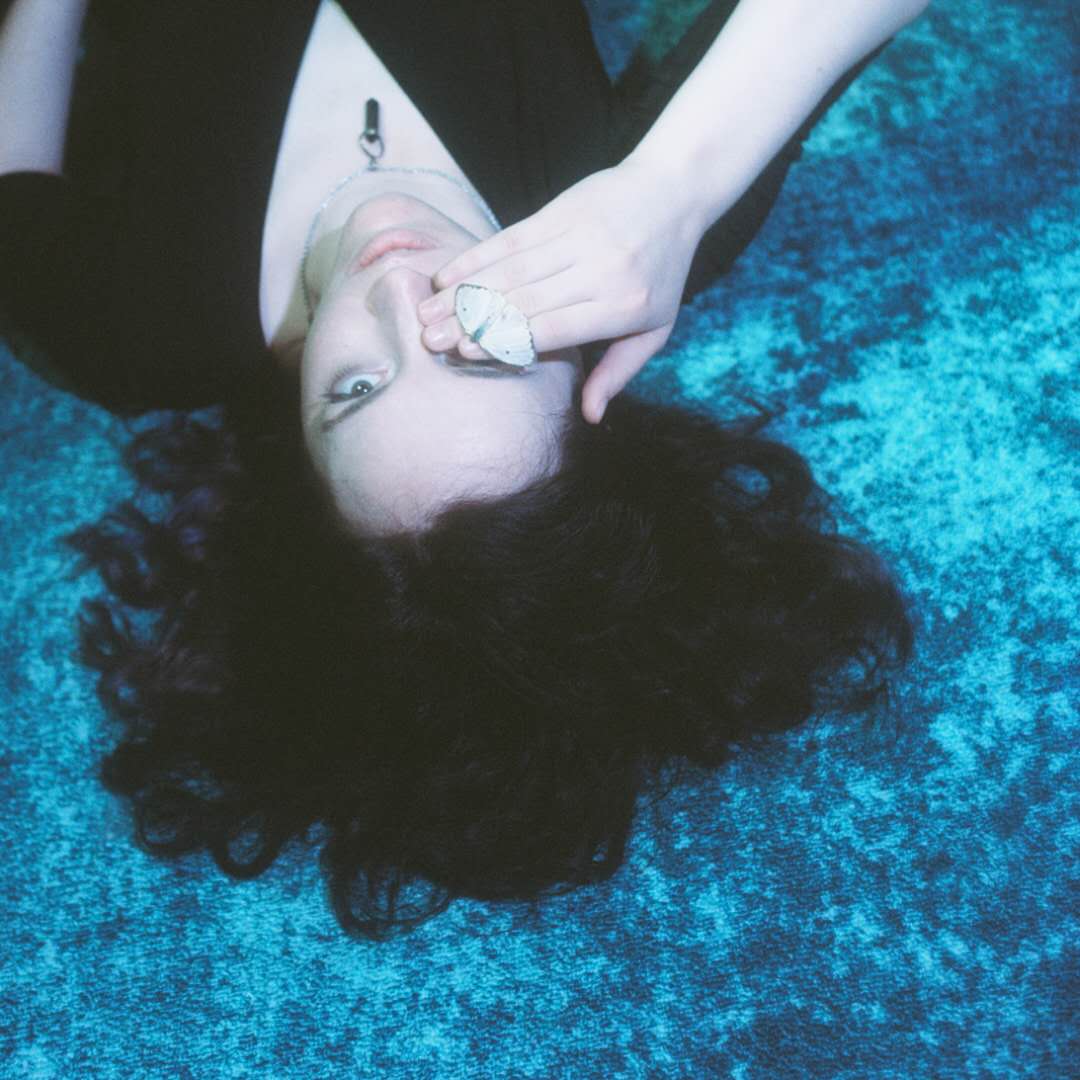 Film photographer, based in Beijing

Her personal photographic work contains a large number of film works, focusing on shooting portrait, good at using lens language to describe the characters’ emotions. She has her own understanding of love and life, which makes her work have a unique texture, always able to settle a quiet and powerful moment. In her photos, you can see the emotions that are ordinary and precious, beautiful and lost, broken and bright, just like the taste of our life. 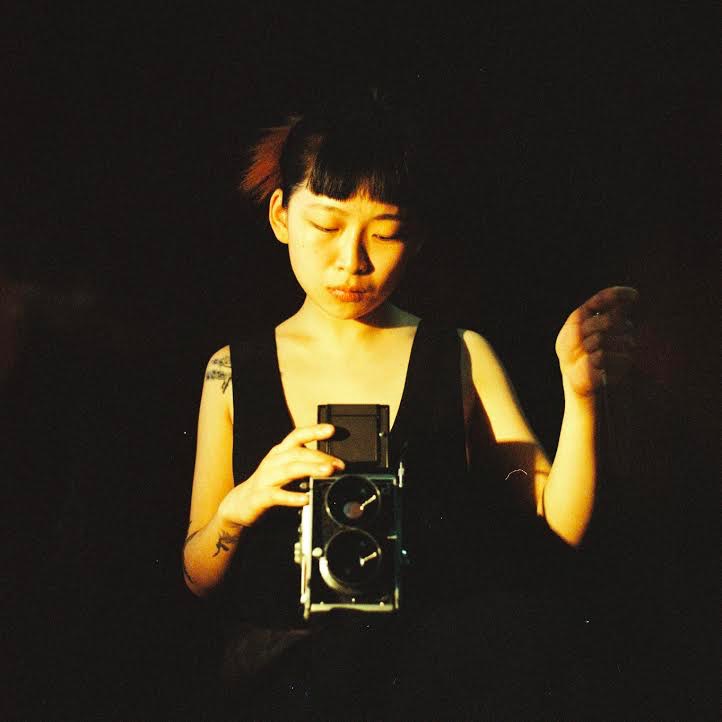 Christophe is a French born and educated photographer who studied fine art painting and related beaux arts in Paris in the mid-1980s. Initially a fine art painter with a large body of work in oil painting, inks and lead drawings.

From January 2016 onward he devoted two years of solid daily work to the mastery of the camera, the lens, negatives and associated editing softwares while working on a wide variety of portfolios to create his own unique style.

Having chosen black & white photography as his main tool for artistic expression and almost invariably concentrating on the quality of the light to make his contrasts compelling, we can recognise some of the techniques and feelings created under an ink brush or a graphite pencil or even an oily texture as the subject may be.

In December 2017 Christophe received two awards from Beijing, one for Excellence in work being presented and another one as second prize in a competition. In 2016 Christophe did receive an Honour award from VSCO Select for curated work showing exceptional content from around the world. 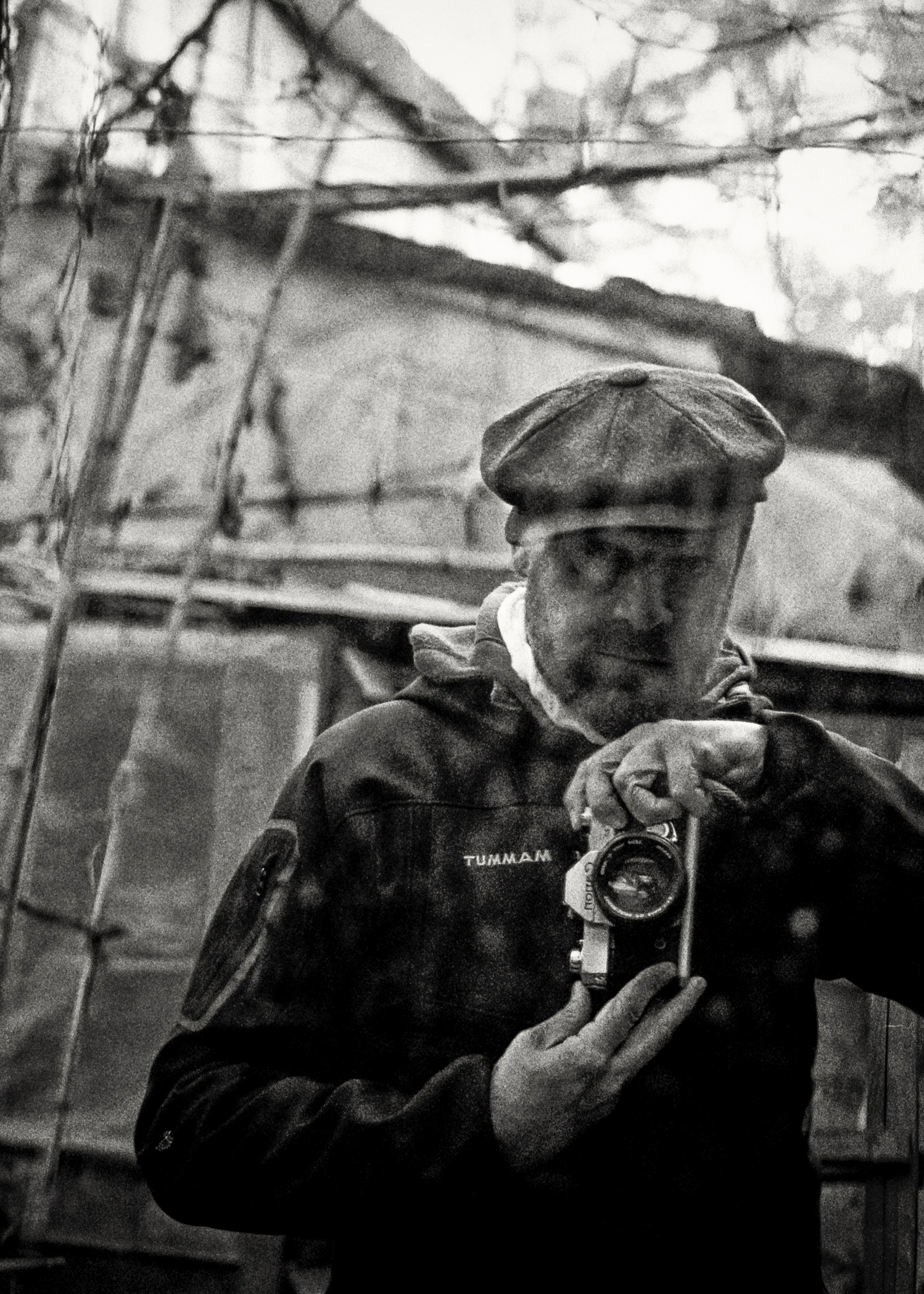 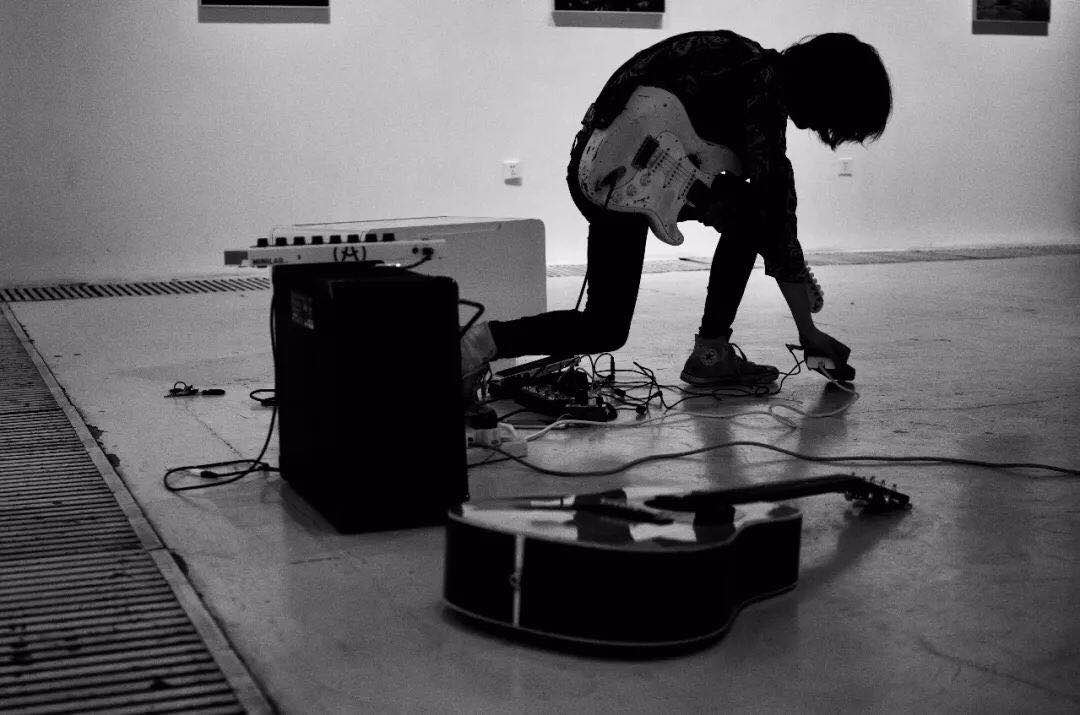 Bust out the facekinis and do the shimmy, the swim, the mashed potato, the twist, and the watusi to 1950s and ’60s rockabilly, surf, garage, jazz, soul and funk. DJ Boss Cuts is a collector of original 45s from the United States, Australia, Italy and Japan and has performed at Temple, Dada, School, and 4 Corners. 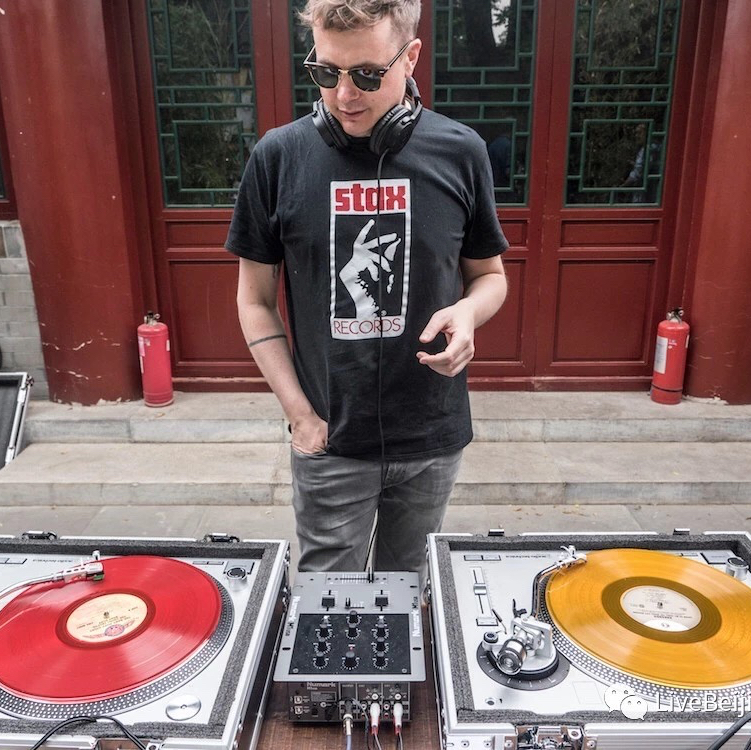 Chandoso draws upon influences from life spent in the streets of Bogotá, Madrid and Beijing.  Chandoso’s work occasionally capitalizes on exploring spontaneity -while other work focuses on  conveting a deeper rhetoric. Just as punk music is all at once chaotic and clear, Chandoso is a departure from the traditional rules of art. 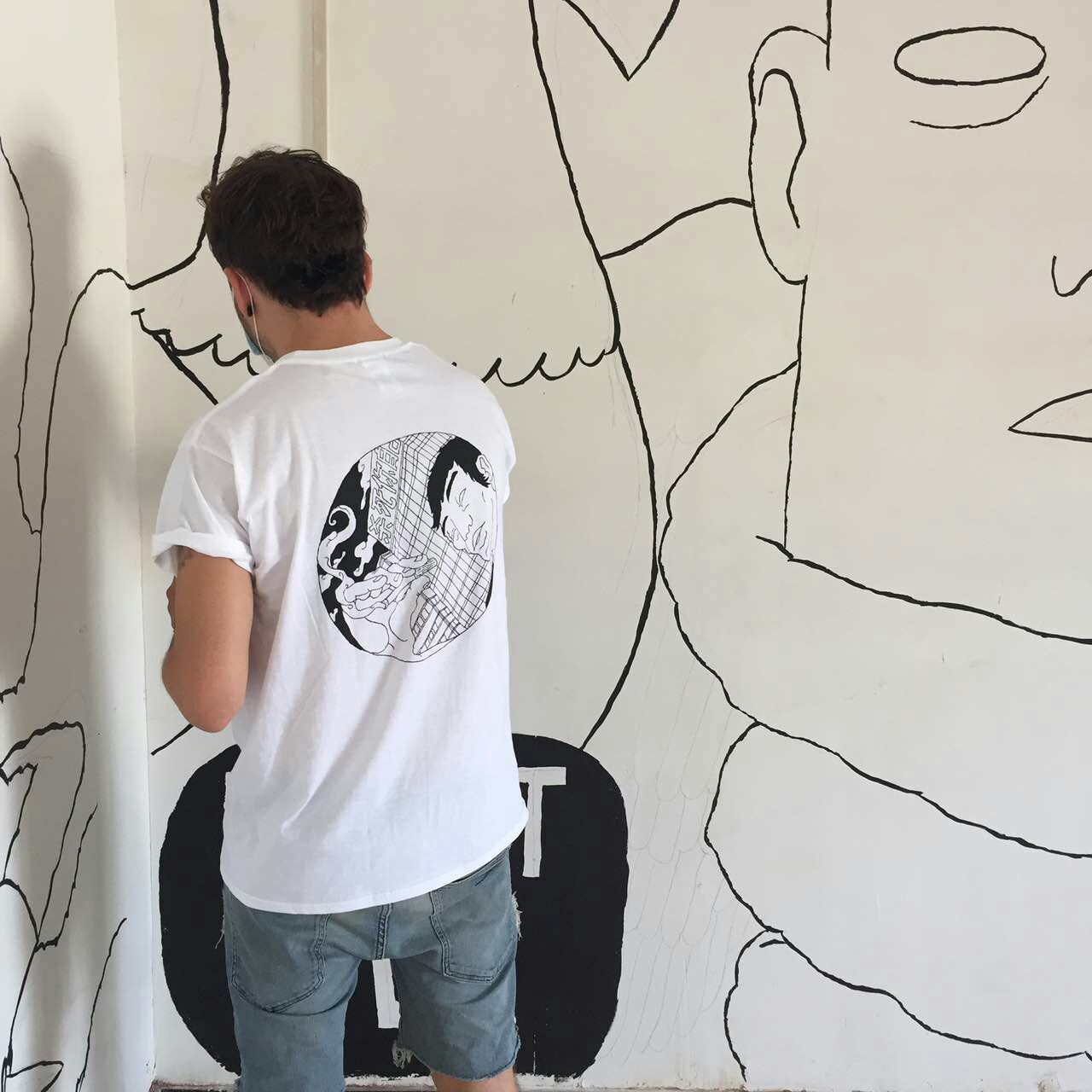