An in-depth interview with Morgan Short on the evolution of SmartShanghai as well as differences between Beijing & Shanghai cultural scenes. 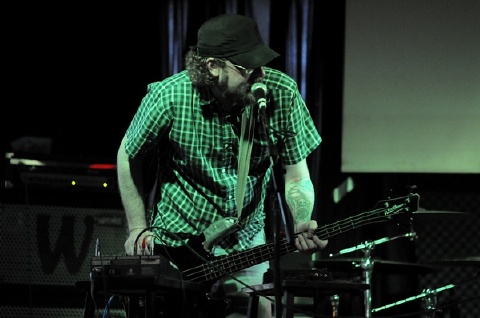 Hi Morgan, how long have you been in China and what pushed you to come here?

Hi. I’ve been in China about five, six, or seven or eight or nine years now. Came out here following a good friend from university. We’d finished degrees in literature and had no job prospects in Canada or anything… imagine that. One day he said he was moving to China because he was following his girlfriend out there and asked me to come along. My grades weren’t good enough to continue my academic stuff, so I said I would if he would start a punk band out here with me and play in it…

So of course we were teaching English.

You have been working for Smart Shanghai and are now working at Smart Beijing. Tell us about your start there and what was/is your role in it?

SmartShanghai.com was started about ten years ago in Shanghai, which was a pretty different place back then… like, the internet sites back then were all forums on “where to buy western bread” and “I overstayed my visa, am i fucked?” kind of thing. People complaining about Chinese restaurants serving inauthentic pizza. At the time I came on, seven years ago, I had already finished my brief stint teaching English and I was doing freelance “journalism” or so because i was interested in scamming out a career in writing in any way… even just bullshit fluff on “shanghai jazz” or whatever… which was the article to write back in the day — you could sell that shit everywhere.

I started on with SmartShanghai as the “editor” because the founders were looking to embrace blog-style writing as an alternative to magazine-sell-advertisements stuff. They were looking to get away from random internet forum and they wanted to present something else to people in a different but still serviceable format. They really hired me because there was only about 4 people in town and the other three were working at That’s Shanghai or wherever else.

So basically they just said left it up to me to hammer out something… and we would work together as a team of people with opinions to improve what we did before. But the emphasis was (and still is) trying to care about what you’re saying to people… trying to be useful or entertaining or distracting or funny. Trying to treat the people reading it with some respect.

Or even just saying “fuck” in an article, which is basically the crux of the whole thing…

What do you like about Beijing and Shanghai? What aspects of those two cities do you dislike also?

They’re two different cities… two different countries, really. Weirdly antagonistic to each other but its funny because they’re both the same. The qualities I like about Shanghai are the same qualities I like about Beijing — they both feel like a place where people are sacrificing themselves — their health, sanity, security — to be a part of something new, undefined and exciting. In both cities people write music, make art, perform, start businesses, make something, whatever, do things irrationally because they can’t help it. They just have to. It’s the same for both cities. And some of the product is good, some of it bad, but people are doing crazy, wonderful, awful, ill-conceived, fantastic things. I like to spectate it… in both Shanghai, Beijing.. I see that in both and admire it.

Dislike: yeah… ego, fakery, money worship, indifference, lame assholes… I dunno. People in Beijing think Shanghai is this commercial vacuum of culture but I’ve seen that same shit in Beijing. The things I dislike are prevalent in both cities totally fucking equally. It exists in both places at pretty much the same level.

I was at some exhibition opening after-party in Beijing, this guy was talking to me about Shanghai. He’s like, “it’s so fake and phony, all everyone cares about is fashion and money and going to the right parties”.

He’s telling me this at a VIP invite-only art show cocktail party….

I dunno. Beijing music operates on a different level that any other city in China. It’s not just Shanghai, the entire rest of the country looks to Beijing for music — rock music anyways… a band on a stage. Xian, Chengdu… it’s all looking at Beijing. Wuhan is Wuhan, but rock music in China is Beijing. The end. The whole music industry (such as it is) is in Beijing. Every other city is just happy to have someone banging some shit out on a local stage once a week. For my time in Shanghai, people there always looked to Beijing bands as setting the sort of cultural standard. Beijing defines “what is popular”. People in Shanghai see Beijing bands as “the real deal”.

Shanghai music having a bad reputation in Beijing… well. I dont know if it does. I’ve met some real closed-minded and self righteous people in Beijing… and I’ve also met way more in Beijing who appreciate good music for good music, who cares where its from. If people in Beijing write off music coming out of Shanghai as wholesale shitty, then they dont know what they’re talking about. They’re the same people who write off Shanghai as “soulless” and have therefor not done the research. You cannot have done the research if you havent seen some good shit coming out of Shanghai.

I really like the recording you have done with “Boys Climbing Ropes”. To me, the atmosphere and some ot the words in that recording really are a resonance of what it is to live in the Chinese underground art scene. I have never had the chance to see the band live and now it’s over. Do you have plans on reforming the band in the future? What are your other musical projects?

Well MAN, you should have come out the four or five times we played in Beijing over the years! No, but that’s very nice of you to say, and it means a lot to hear those compliments. Myself and the singer of that band are trying to pick up the pieces and work on new material in Beijing… we’re hoping to have some stuff together in April-ish.

AND she also works on solo stuff in Beijing with Lucifer — that’s pretty great stuff. Check your local listings.

How did you get interested in music when you were young and what do you think music is?

I dunno man. Same as you I would suppose. Some band I heard long time ago managed to solve all problems and fix everything. That’s the point of it. I just can’t get over the art form of it I suppose. It’s affecting in ways that I can really quantify.

Where did you come from in the USA and how is the music there? What do you think about American music today?

I’m from Canada but it’s pretty much the same. Yeah, some really great music, some fucking horrible music… fucking American music. 1-2-3-4… Do you like American music?

How do you see the development of the underground music scene in China? What do you think is going to happen in the next ten years?