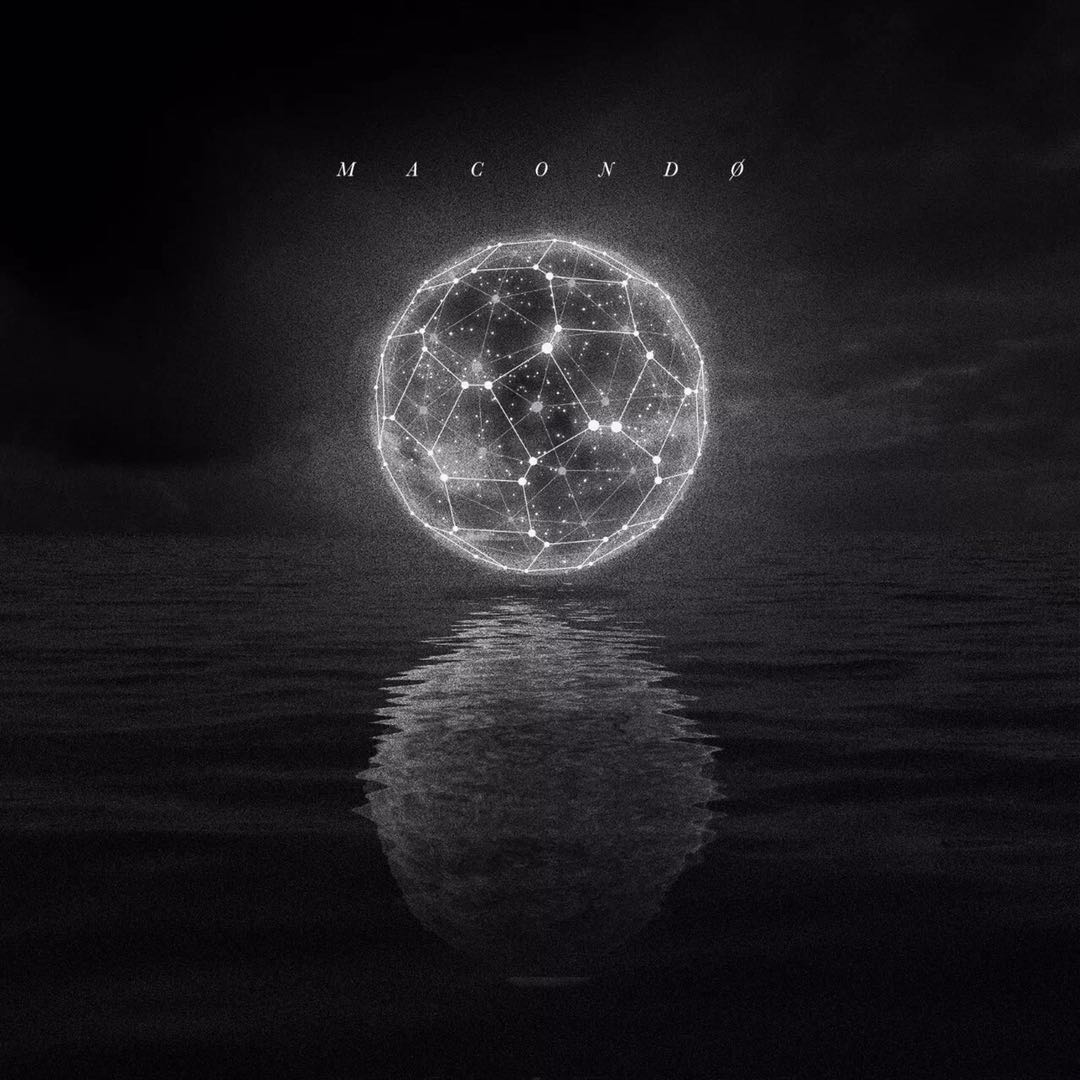 The First Macondo album is out, and it’s called “Macondo”.

So here we are now and Macondo is about to release there album on the night of the 27 of January 2018 at Yue Space in Beijing and I got the pleasure to receive the album and listen to it before most people will.

So what is Macondo you ask me ?

Well Macondo is a band formed by 5 musicians living in Beijing and coming from countries as diverse as China, England, South Africa, and America.

Here’s what he said:

“The album drums were recorded at Kun studios and everything else has been recorded and mixed either in Gerald’s or Scott’s bedroom – The process has been painstaking to try and convert drums recorded in a day into a professional sounding album and the band, especially Gerald, has really achieved that and learned a lot from it. The album itself consists of 6 songs of length ranging from 4 – 10 minutes and consists of the band’s earlier material – an evolution from a more conventional instrumental band sound to an increasingly electronic and progressive sound.”

We went on having a small conversation:

Matt: Gerald’s laptop where most of the magic happened. (Gerald is the keyboard player). 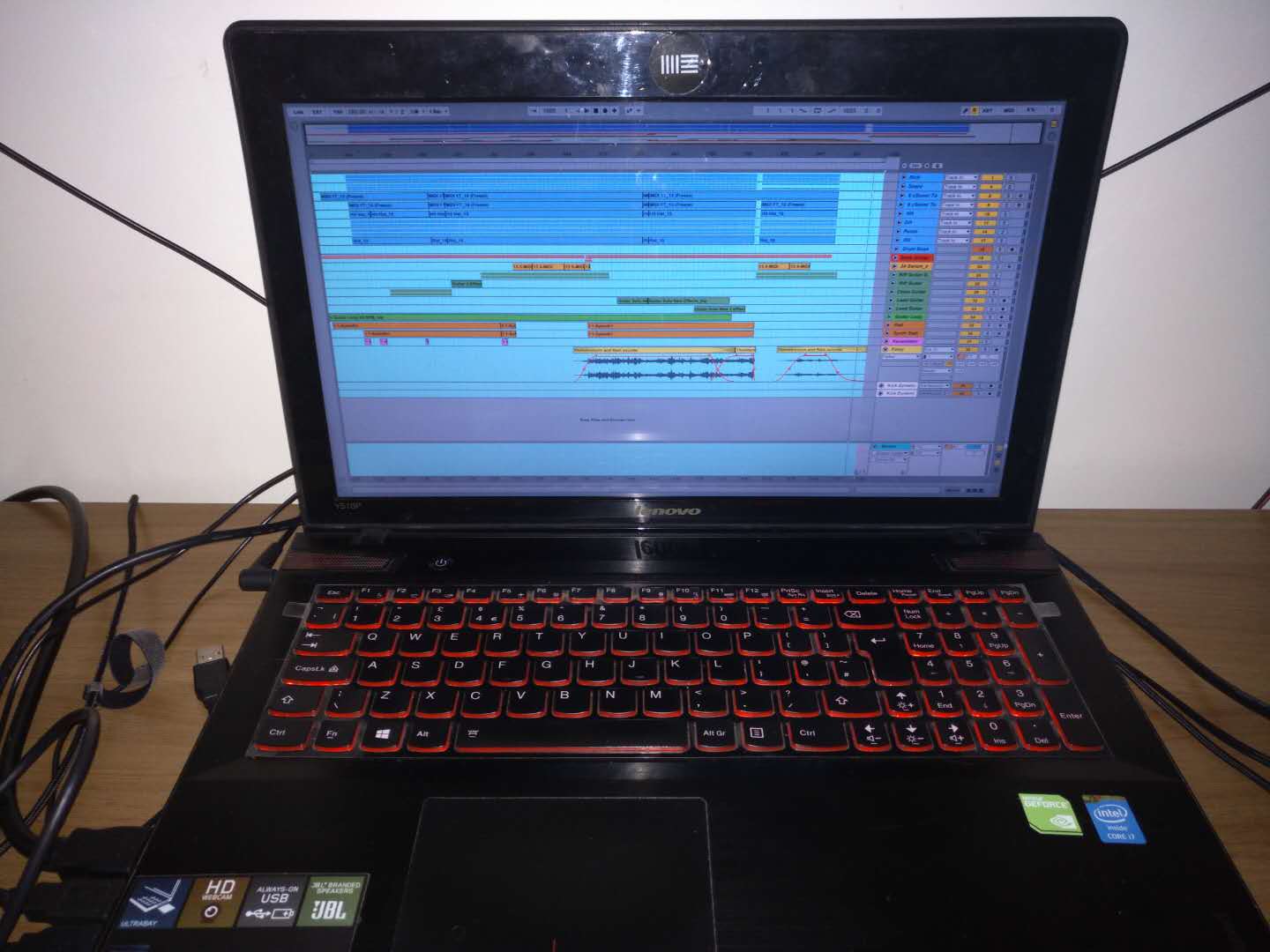 Matt: One of the speakers: 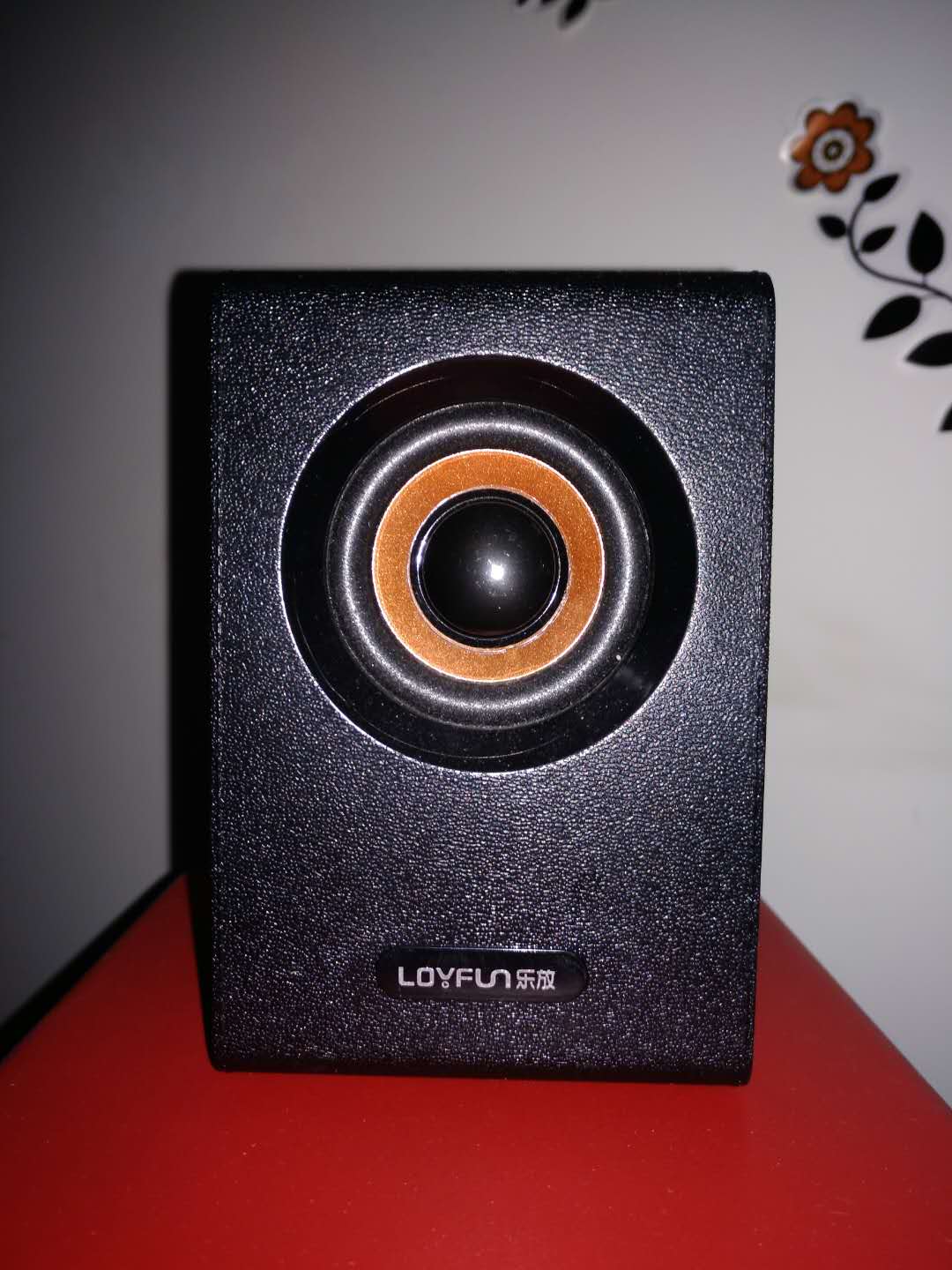 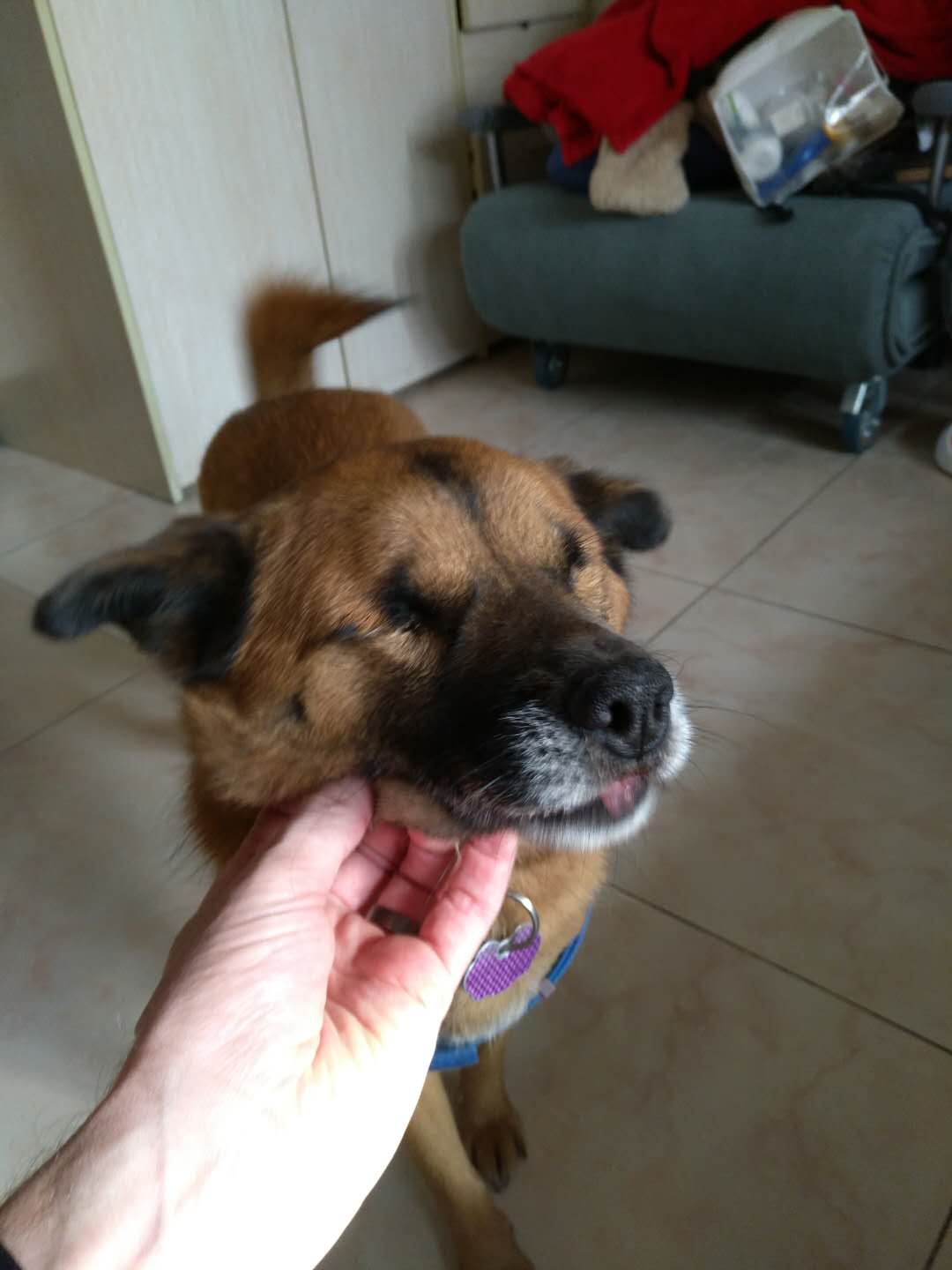 Matt: His blind dog Lucy – his main companion throughout the mixing period.

Matt: Yeah his dog is blind.

DS: Is there a concept behind the albums or the songs ?

Matt: It’s a journey – kind of interstellar but loose ended – we wanted a sci-fi feel – it’s difficult to give the album a quick narrative because there are no lyrics so we’ve kept it open ended.

DS: What’s the meaning of title of the first and last songs ?

Matt: The first song means “The Beginning” in Afrikaans.

DS: Yeah I thought it was a title in German. 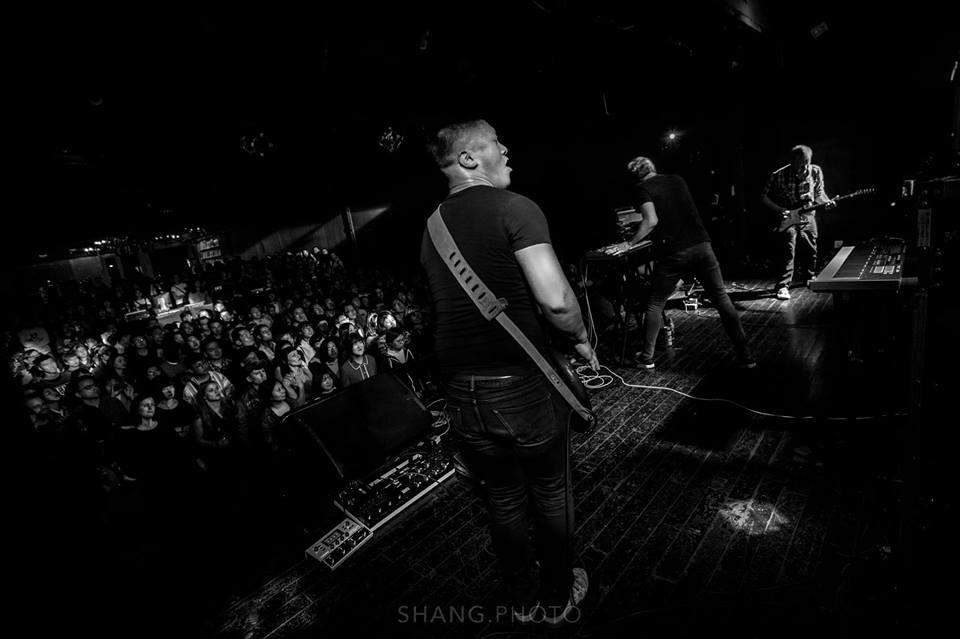 Matt: The last track name is taken from a line given by Paul Atreides in the Dune film – we wanted an open ended message of resistance – pretty much against meaningless or general existential crisis.

DS: To me it feels almost like one very long track, it feels each track is responding to the one before.

Matt: Yes it was definitely important that each track responded to the next.

That was a big consideration during music and mixing to give it a journey feel.

DS: Yes it feels like a Journey, this album should be called “Journey”, not Macondo ! 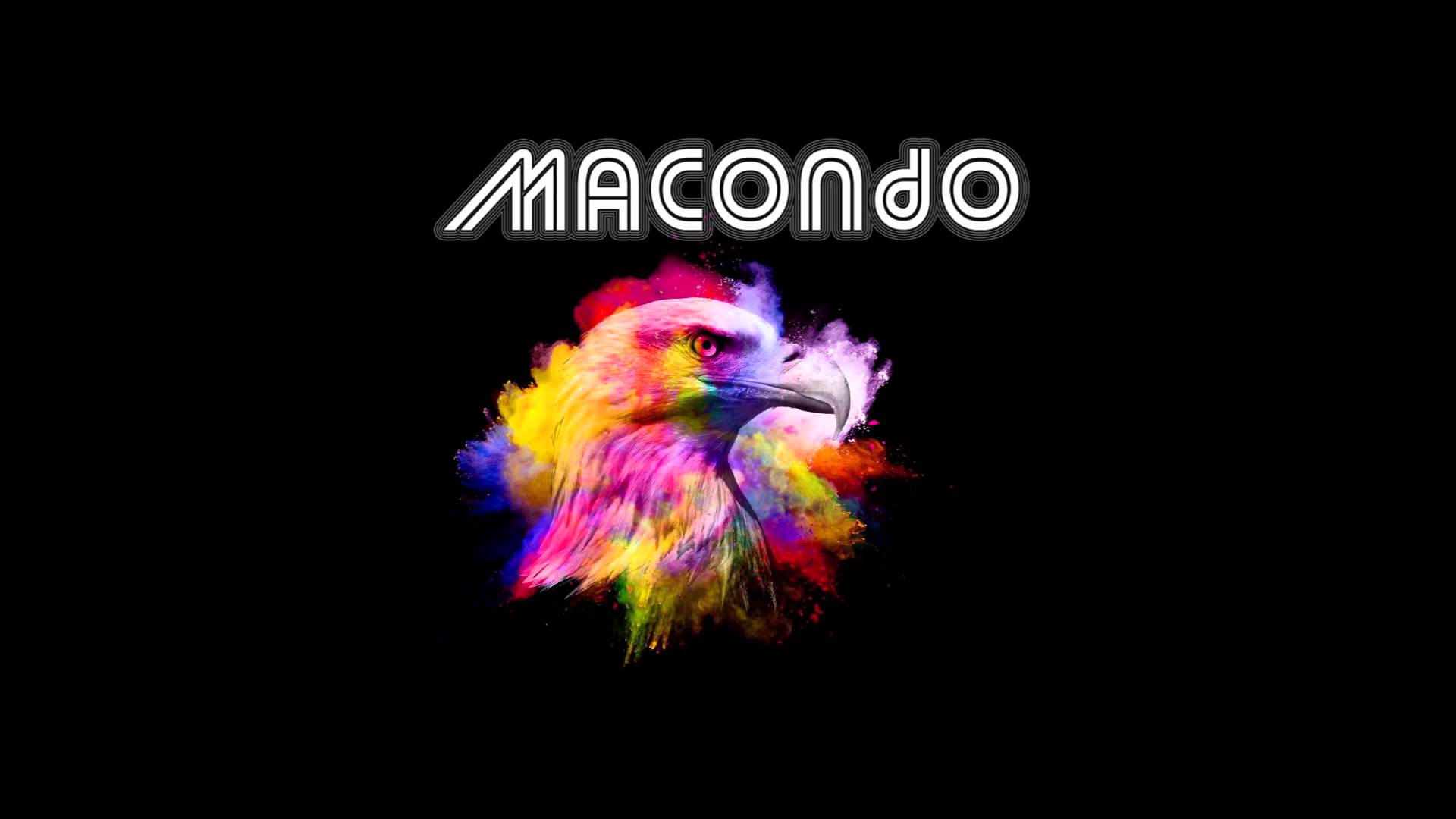 DS: Can you tell me the meaning of the title of each other track ?

Nebula – a title reflecting the spacey / interstellar journey feel of the song.

City of mirrors – we thought it reflected the song in a cool way and referenced the novel.

Long live the fighters – Carrying on regardless of anything.

Matt: 100 years of solitude. the name Macondo came from a fictional town in that book. 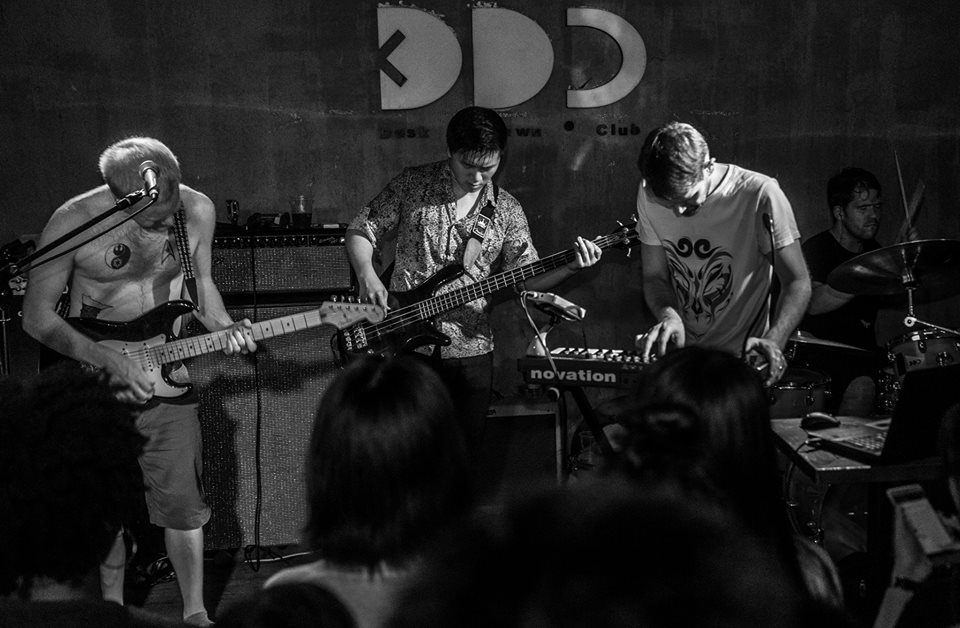 DS: But what’s the link between the music and the city of Macondo ?

Matt: No profound link – our precious bassist Sebastian is Colombian and it was his idea. For me it gives a conveniently mysterious and open ended name to a post-rock band (no lyrics :D).

Although, he is of course precious.

DS: There are a few bands called Macondo does it bother you ? 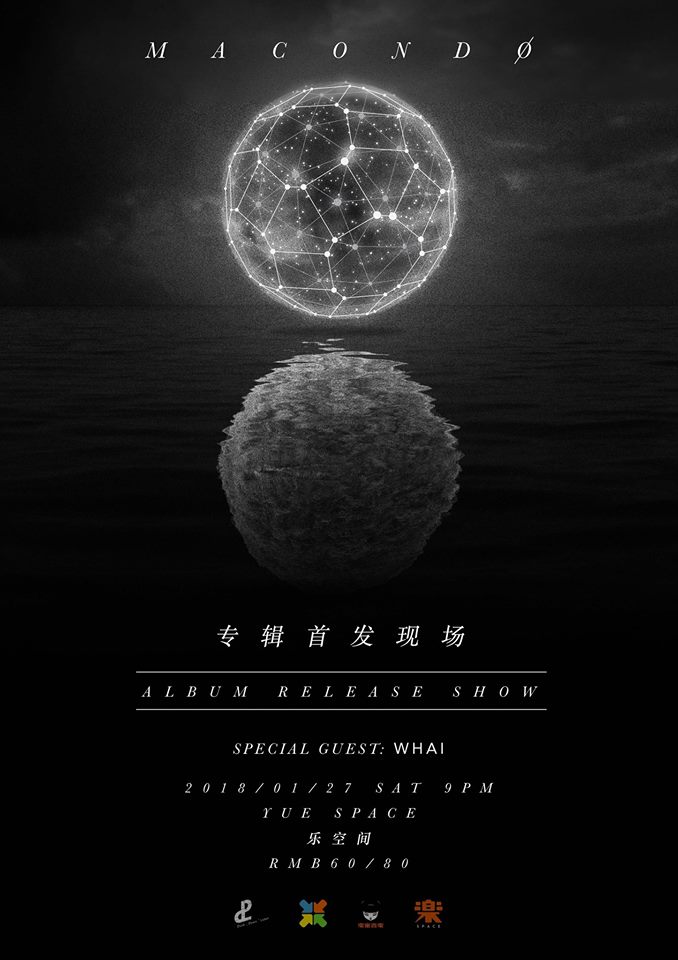 So what do I think about it ?

In order to really get into the music I listened to the album about ten times in the last few days and tried to concentrate on each track.

There’s a lot of Pink Floyd in there, I can’t deny it, especially from the Dark Side of the moon/The Wall period. I love Pink Floyd, it was always one of my favorite bands, so in this album I find a bit of this psychedelic and progressive rock I’ve always loved.

But there is something else, something from post rock bands like Mogwai and what adds to this music is the possibility to dance to it or dive into the feeling of positive melancholic nostalgia it gives you.

The electronic element in the music is there, but to me it doesn’t define it, it is just there to support the melodies and rhythms while the guitar still seems to be one of the most important element in the album and drives most melodies.

It’s a good album, it’s a journey, you can go to sleep or work while listening to it, or you can listen to it on the bus, in the subway, anywhere really, it accompanies you while you’re trying to escape from your daily life.

It also shows you don’t need too much production or money to make something sound good these days (see pictures at the beginning), you need dedication, passion, creativity, and a lot of work.

The last track is definitively my favorite one.

On a less positive note, I wish the album was called something else, I’d say it deserves an identity on its own, and I wish there was a story built around it, because it feels like a story is being told but you’re not sure which one.

In brief Macondo is band that deserves to be supported, so you should go to Yue Space on the 27 of January 2018 and enjoy the music while you close your eyes and dance to the rythm. 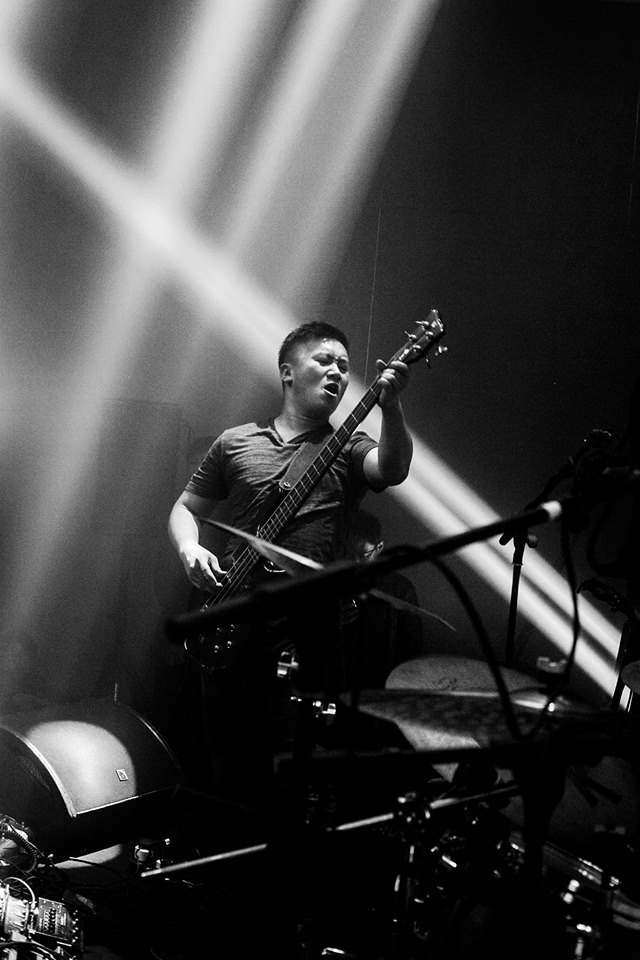