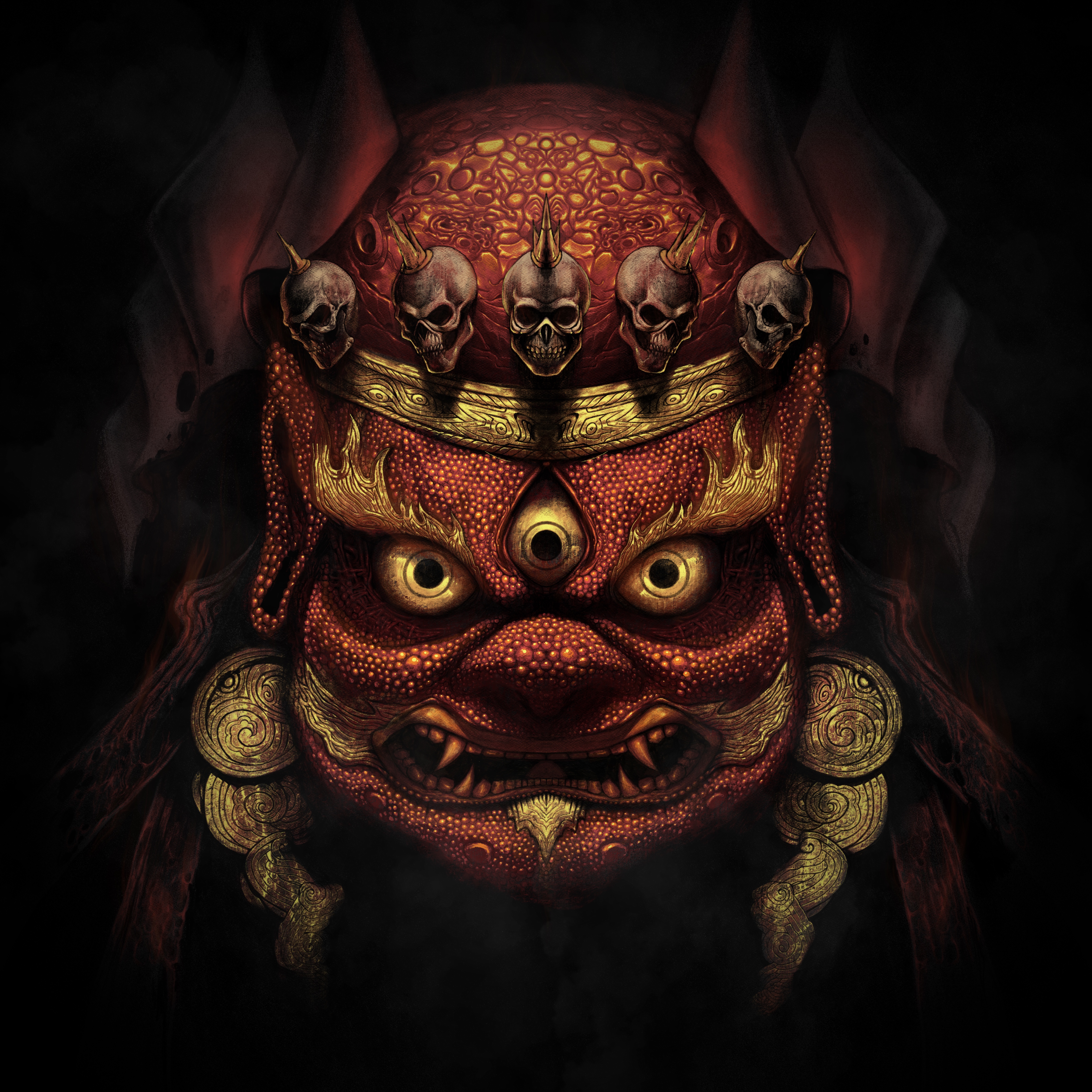 Nine Treasures are indeed one of China’s national treasures. An Inner Mongolian folk metal group founded in 2010, they create a fusion in their songs by introducing traditional instruments such as the morin khuur, while the lyrics, utilizing throat singing, evoke nature, history and mythology. Their fusion of galloping modern metal and gang-chanted, throat-sung choruses are exhilarating and evocative. A brand new best-of, Awakening from Dukkha, is due out on March 19. Unlike other best of albums, Dukkha will consist of re-recorded tracks from previous Nine Treasures albums. Guitarist/vocalist Askhan sees the release as a re-birth of the band, and thus, has eliminated the band’s prior albums from internet streaming.

“The reason we recorded our old songs for Awakening from Dukkha is because the old albums were recorded very poorly,” he says. “We didn’t have much money at the time to afford a good studio and equipment, but the songs aren’t bad, so they deserve a quality production. We just deleted all the previous albums from the internet. We are ashamed of them. We didn’t have the money for a pro studio at the time – allthe work done by us was at a little home studio, but the fans supported it so hard and we had an unforgettable journey in past 10 years. With Awakening from Dukka, we would like to start fresh again just like Pantera did.”

Nine Treasures put a larger emphasis on a lush, full production for the new recordings. The recent single “Three-Year-Old Warrior” shows off this crisper, heavier version of the classic song from their debut album (Nine Treasures, 2013). “We decided to spend all of our income to upgrade our gear and it worked! It gives the record a significant quality improvement; we are really happy with the result. The song writing stays the same but we added tons of details in it.”

The band hails from Hulunbuir, Inner Mongolia. It has the nickname “Pearl of the Grasslands” due to its massive size, being a city in administrative terms only. It is host to the Hulun Buir Prairie, a massive piece of grassland. The music video for “Wisdom Eyes” shows off the tranquility of the region wonderfully. “I think the perception of everybody’s hometown is better in their own mind,” says Askhan. “It’s hard to describe it to you, but I like it more than other places.”

Askhan’s childhood was full of traditional songs which have certainly aided Nine Treasures’ folk mentality. Aside from the usual run-of-the-mill metal artists that Western metal musicians mark as influences, life in Inner Mongolia means often inspiration from the resources found in the grasslands. “A lot of the musical influences I have come from my parents and the local radio.”

The music of Nine Treasures often feels like a treasure trove of Mongolian stories and legends, (the name Nine Treasures refers to the nine materials favoring luck in ancient Mongolian poems – gold, silver, bronze, iron, agate, amber, jade, pearl and coral) but Askhan is quick to dismiss the lyrical finesse of his material. “I like playing instruments more than being vocalist and lyricist, because writing lyrics is a really boring thing to me. I don’t know how to write lyrics and did very little research and learning about the Mongolian legends.”

Cultural traditions in Mongolia include horseback riding, while some of the featured sports in the area are archery and Mongolian wrestling. “A few of the band members ride horses, but no one can do archery or wrestling. My dad used to be a really good wrestler and won a medal once in the Naadam (kind of a traditional sports fest). But you know what? Our balalaika player Saina is a break dancer.”

Nine Treasures have toured Europe multiple times, making a notable appearance at the Wacken Open Air festival where it won the Wacken Metal Battle in China. Another hallmark was the Woodstock Festival in Poland in 2017 (the entire concert is on YouTube), in which the entire audience dances like drunk nomads, proving that the power of music can smash any cultural or lyrical boundaries. “Music is a language itself. You feel it, then you get it. Just as simple as that,” remarks Askhan.

While music itself creates an intangible feeling, the influence and positive philosophy of Buddhism runs through the strings of Nine Treasures. “I was first introduced to Buddhism from my grandma. She always brought me to the temple and prayed for me. I didn’t know anything about Buddhism back then – I even thought those monks were dumb people sitting in the temple every day. But year after year with my grandma I started to think about why those people keep coming into temple. I searched on Google about the life of the Shakyamuni. What I discovered hit me really hard; I start to think “what is the meaning of life?” It’s really the greatest question of all time and it will lead you to the right way.”

Mongolian metal is becoming quite popular now, seemingly, with The Hu’s videos getting several million views. It proves that this type of music and culture certainly has appeal. Unlike other breakthrough genres like grunge, Nine Treasures aren’t feeling the ripples from The Hu’s success yet. “They did a great job! I am really proud of them. But it seems not much is happening on our side. I see some increase in our numbers but not much.”

After the release cycle for Dukkha, Askhan hopes to get to writing new Nine Treasures material. “The song writing of the new album will start in March 2021. We will put our complete energy towards this new album to make it as great as possible. This time I’ll concentrate on trying to write some meaningful lyrics – more about life and what I learned from the past few years. So maybe people will be inspired bythem and reduce their anxiety. That’s my new goal.”

For those fans in North America who are gnashing at the bit to see Nine Treasures live sometime in the future, Askhan promises a leg in the region. “After the album and COVID is done we will tour the whole world for sure. I give my best wishes to all the people around the world to be healthy and strong.”