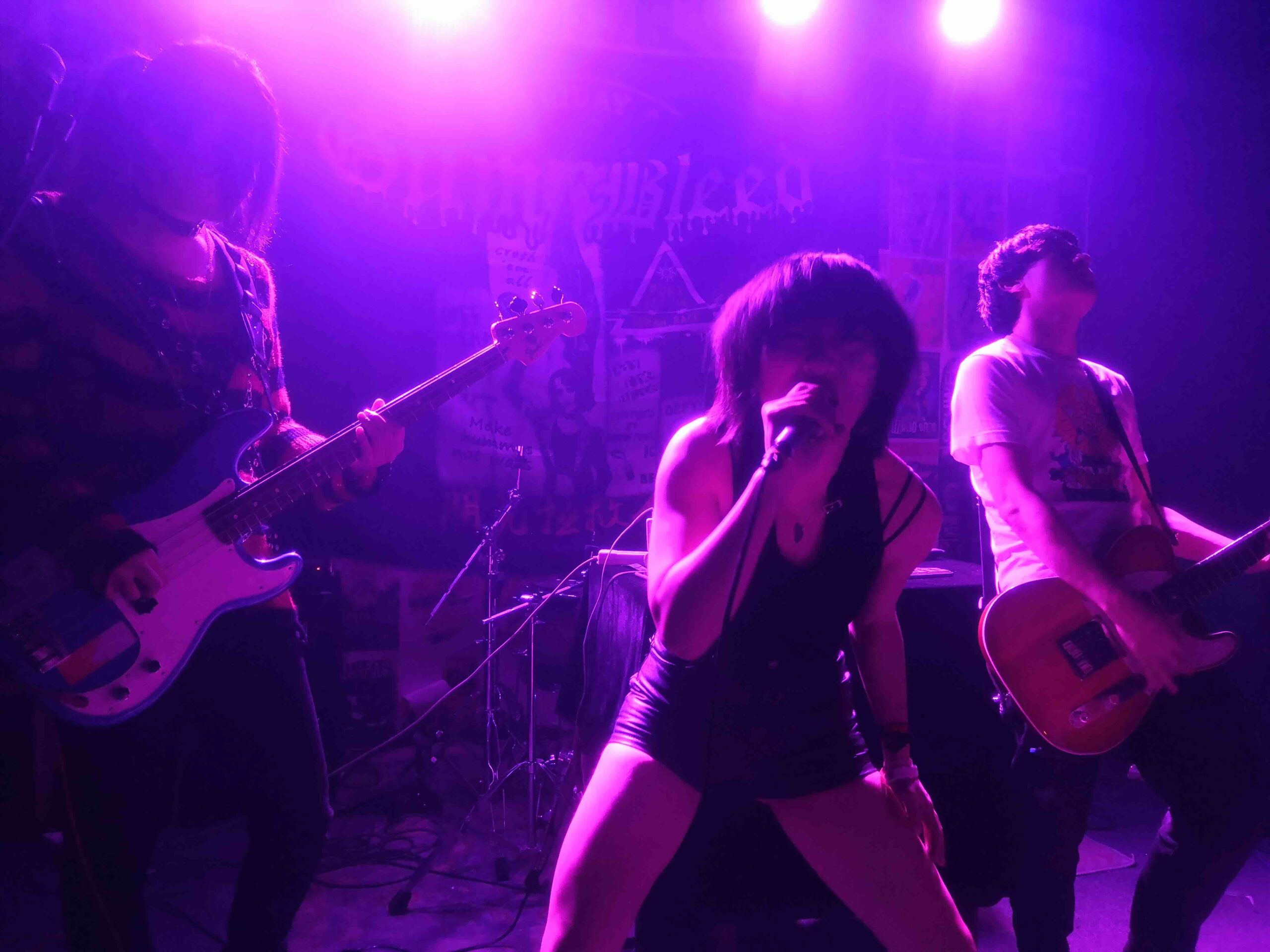 The past, present and future of China’s punk rock syndicate congregated together for this show as part of Gum Bleed’s 15+ anniversary tour, which also saw the release of their latest album, Punx Save the Human Race. It’s an endearing album title – and the band is no less endearing, proving time and time again that the right punk rock show accompanied by good friends and fountains of beer is almost enough to bring world peace – if only every citizen listened to punk.

The scene in Tianjin is modest at best, and when looking for friends in a city that isn’t really known for its scene, it’s quite simple – the cool people will be attending a few of these shows, and the lame ones won’t. Touring punk bands as well as locals find DAFA the place to perform, which is a tiny bar not much different than School in Beijing. There are of course bigger venues in the city, such as the 66 Livehouse, but usually rap concerts or metal festivals happen there. DAFA houses a hundred or so people at most. When it’s a big punk show like this, all that spiked hair and sweaty leather gets pretty congested, only to break away with the occasional skank pit.

The first band to perform were locals Kids Factory. This is a three-piece act who choose to play it traditional – simple, aggressive songs without many chord changes, along with trademark shouted chants for choruses – but it’s a formula that works and was perfect for warming up the fans for the next few acts.

Beijing’s Pizzaface were next, and instead of a live drummer, a laptop was set up on the stage. Apparently, he couldn’t make it to this gig, so a video of him playing the songs was queued up with the band and it played out swimmingly. They have described themselves as a cartoon come to life onstage, and Pizzaface are indeed one which you could marathon 100 episodes of without losing interest. Vocalist Spirit has a factor of unpredictability – be it her outfits or on-and-off stage interactions. The songs also don’t stick to any traditional formula and veer into unexpected and exciting realms.

Coming off the 9th annual Chongqing Punk Fest just a few days ago were headliners Gum Bleed. The band has been around since 2006 and have been a shining example of what China can produce when it comes to the punk genre. Clad in a battle vest and dark sunglasses, vocalist Dee has a stage presence which is charismatic and welcoming. There was no lack of crowd interaction, as several times during their catchy-as-fuck, sing-along anthems like “Kiss Me I’m Punk”, the mic was handed to an audience member to shout along in unison. The warm-up for their cross-country tour in Chongqing saw many circle pits, stage diving and band members dancing in the audience, and that was seen here at DAFA, though on a much smaller scale.

The band should be in bigger venues and playing for the masses, but when you think about it – the type of self-empowering feeling a fan gets from being in close contact to the musicians, singing along with them, dancing on stage with them, and doing shots after the concert with them wouldn’t be possible at a large commercial venue. Underground and united, as always.