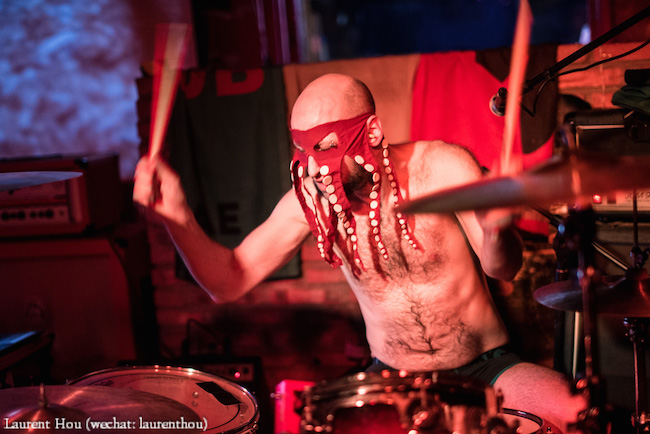 I always meet people on tour, all kinds of people, and sometimes I meet true artists, people like Octopoulpe, a French guy living and touring in Asia whose idea of music I find really interesting. As he is touring at the moment and will soon be in China he accepted to answer the Beijing Underground questions, here are his answers. – Djang San.

1) First of all, can you introduce yourself as a musician?

My name is JP, I’m a french musician living in Seoul since about 6 years.
I came to Japan and Korea 7 years ago, on tour with one of my french bands called

“Escarres”, and I fell in love with the city and the people of Seoul! One year later I decided to come back, trying to live there. I directly met some people and I started playing in some bands, mainly as a drummer.

In 2015, I wanted to be able to tour more without waiting for my friends to get holidays, so I started working on a solo project.
That’s how I created Octopoulpe. 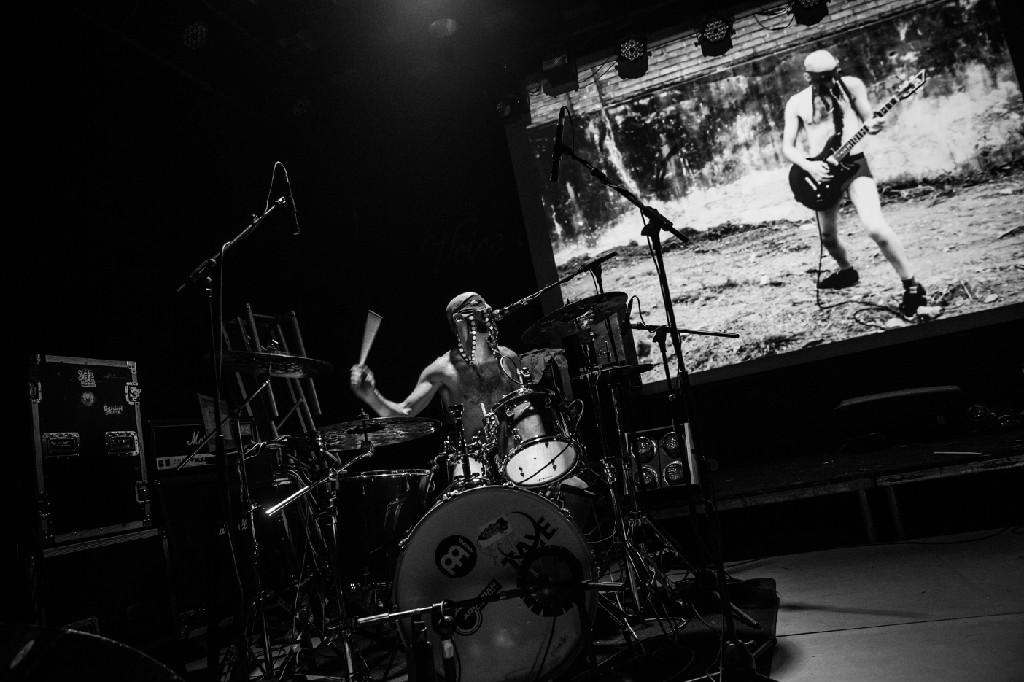 2) What do you think of the Beijing Underground music scene?

Can you compare it to Seoul and other Asian cities you have visited ?

Last December I played twice in Beijing, at Hot Cat then School, and I really enjoyed both shows. There were many people, very energetic and very receptive to the music the bands played those nights. I think Beijing has some great venues, not too big, not too small and the scene seems very energetic, in that way I think it’s similar to Seoul or Tokyo.
I also played in few other cities in China, and I was surprised to play most of the time in HUGE venues, which is not the best for the kind of music I play. 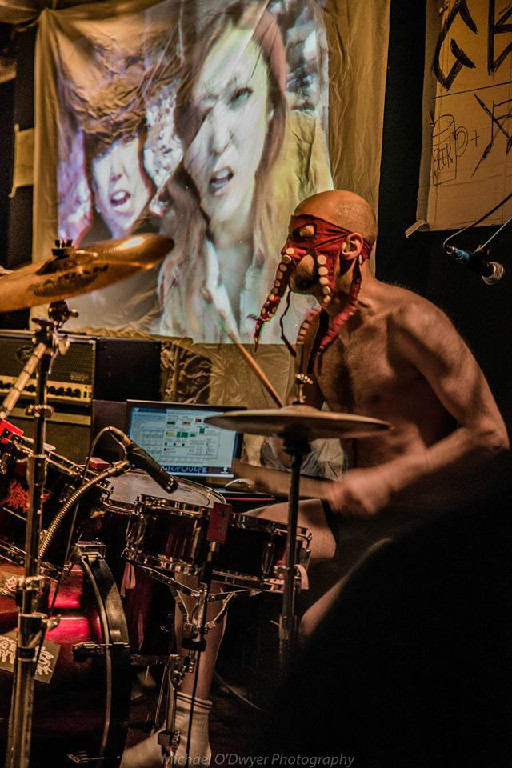 3) What’s your favourite music to listen to?

I’m listening to a lot of different things – mainly rock – but I can say that I’m really addicted to Punk-hardcore, Noise-rock and Math-core.

4) How long have you been doing music?

I played my first show 20 years ago! Time flies so fast… 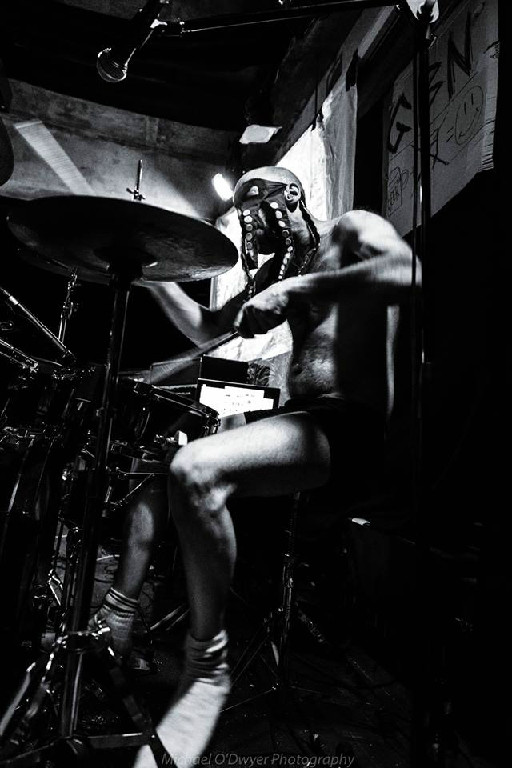 5) What was your first instrument and why did you start playing music?

I grew up as a teenager listening to Euro-dance… Then when I was 16, we discovered the “Nirvana Unplugged in New York” album with my best friend. Both of us directly bought an acoustic guitar, and we started covering (pretty badly) some Nirvana songs.
That album is probably the most important album of my life. On that time, I think both of us wanted to be the new Kurt Cobain!

6) What are your other musical projects?

I play bass in a duo band called “Digou” with a good friend living in Wuhan. Practicing is impossible so both of us work at home exchanging emails and ideas, and we only tour (as much as we can…)
In Korea I play drums in 2 Punk-hardcore bands, one called is “MyManMike” since 2011, the other one is called “Arryam” since 2015.

On Friday September 22nd, my good friend from Wuhan and I will meet in Beijing for playing at School with Digou, Milu (his solo project) and Octopoulpe. Then we will play some other shows in Wuhan, Chengdu and Chongqing the days after. We’re both excited about that small tour in China!