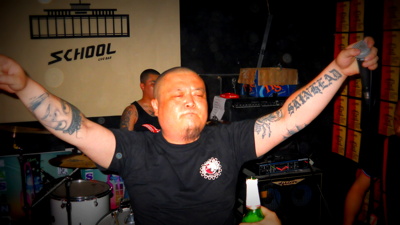 A Farewell to Lei Jun.

Lei Jun, the former front man from the legendary Beijing born band MiSanDao left the world an emptier place on 6th May 2015. Lei Jun was one the elder statesman of the punk tribe of China and an active, vibrant man. Best known for founding the Oi! Punk band and scene as well as the Beijing Punk Festival, he was a man who touched, aggravated, Oi’ed!, impressed and expanded an enormous amount of people’s hearts around the world. Due to a hereditary heart issue, he died shortly before his 40th birthday.

Lei Jun was a member of a tight-knit group of Skinheads who certainly could make some think they were scary as hell with their traditional Skinhead fashion and raucous behaviour on and off stage. Never judge a man by his boots.

In a nation where xenophobia in general, and especially towards the Japanese, is almost pounded into the fabric of national identity, the one guy some people dismissed as “just another skinhead” was actually one of the most progressive men around. As Punk Fest grew, he did some pretty ballsy and bold things, extending invitations to bring in Japanese punk bands like icons The Star Club and Bobby’s Bar.

He started listening to punk cassette tapes in 1996 and adopted the skinhead look and life to connect with working class people and illustrate the stress between the government and the people. The rest, as they say, is history.

MiSanDao had a 2012 European tour, appeared in documentaries and featured in several foreign media articles. Alas, earlier this year after 15 years, the band broke up leaving Lei Jun developing further plans for his restaurant, Noodle In.

The death of Lei Jun, the punk rock Oi! diplomat has people from every part of the music scene and every part of the world taking way more than one moment of silence. His joie de vivre (lust for life) was even more evident than his “F the Police” T-shirt. He left the world a better, more united place. 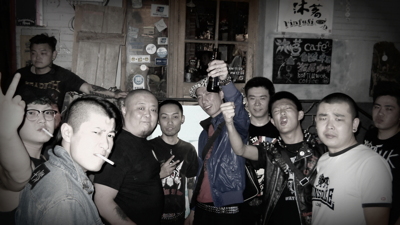 Farewell to a husband, friend, chef, promoter, performer, and a brother in arms. You earned your place in punk history, Lei Jun, and you will be sorely missed.

Next time you want to speak truth to power, give an outsider a chance or smash around listening to whatever makes your heart sing… Remember, you are walking in his boots.

Credits: By Kat Tosi and Darryl Pestilence, Photos by Stech, Poster by MiSanDao