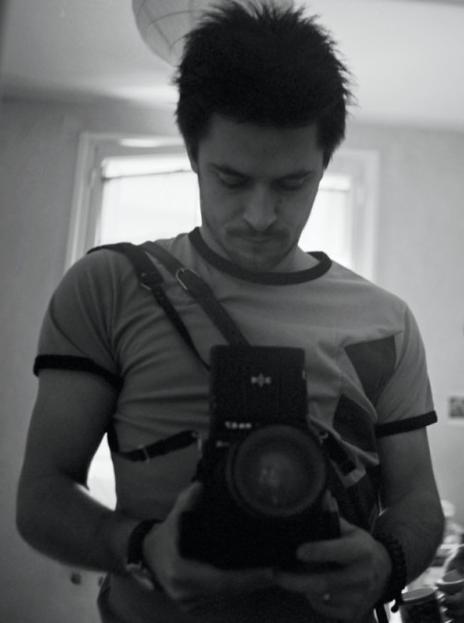 Picture of Aurelien Foucault by himself, ”Foukographer”.

Interview with Beijing based French photographer Aurelien Foucault, also known as “Foukographer”who has taken pictures of many bands, musicians, artists, and naked women.

1) Hi Aurelien, where are you from and what made you come to China ? How long have you been here ?

Hello. I come from France, more or less from Brittany, West Coast…

(http://www.foukography.com/wuhan.html).
That was an amazing year but I had some unfinished business in France and went home after that.
I loved China so much that I decided that I would come back… So I came to Beijing in 2012 and I’m still here.

2) How did you start with photography ? What do you want to express through your photos ? 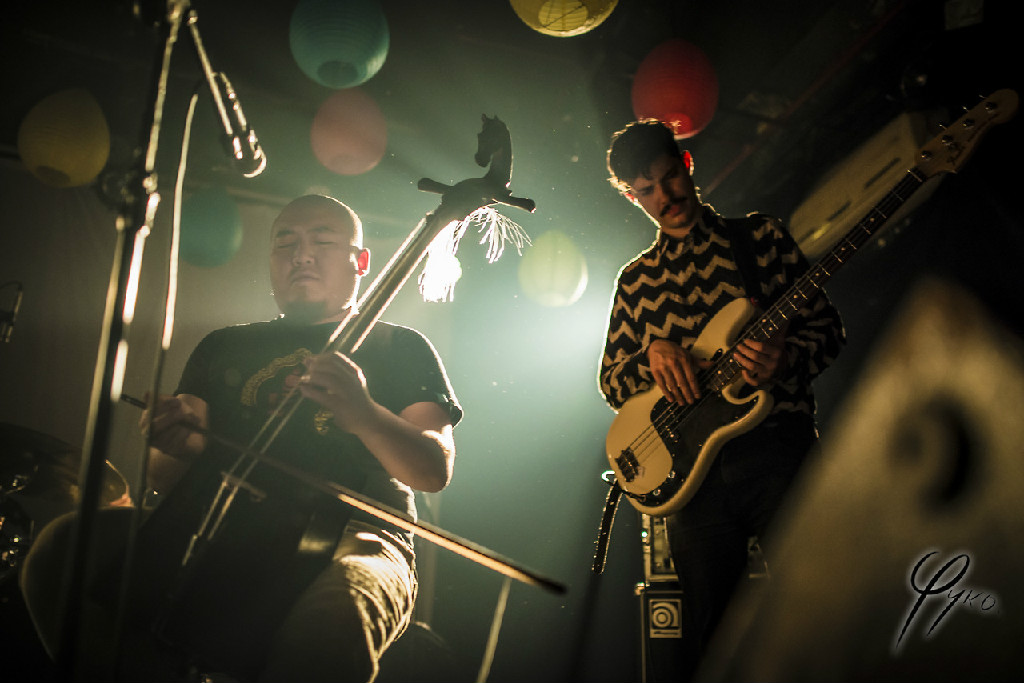 I’ve always been fascinated by photography. I took a few darkroom classes when I was a teenager… I’ve been taking photographs for over 10 years but I’d say that I’ve only been doing it professionally for about 2-3 years.

3) What is your musical background, what kind of music do you listen to ? Do you have any musical projects here in China ?

My musical background…Well, I’ve played the harp when I was a kid. Does that make me a nerd? But I gave up on music long ago, my parents were tone deaf so I’d keep practicing playing everything wrong and they’d say it was great. And then my music teacher was horrified by what I’d play to her so I was kind enough to give up and save the world some trouble.

I really love music though, I listen to tons of stuff, very varied stuff. I am a big fan of Björk and Radiohead. I am also totally in love with Tricky’s first 4 records.

Musical projects ? Well, I’d love to work on a photography book on the Chinese music scene but it’s already been done very well by Matthew Niederhauser and it was a big success.
I don’t wanna be that guy who copied so I’d have to come up with something very different.
I also have an interesting concept for a very original documentary on the Rock scene… I won’t reveal anything here but if you’re a millionaire and are interested in helping me out, holler !

Actually, even if you’re not that rich but are interested, don’t hesitate to drop me a line.

Finally, I’m also interested in shooting some music videos. Who knows, that may happen some time this year… 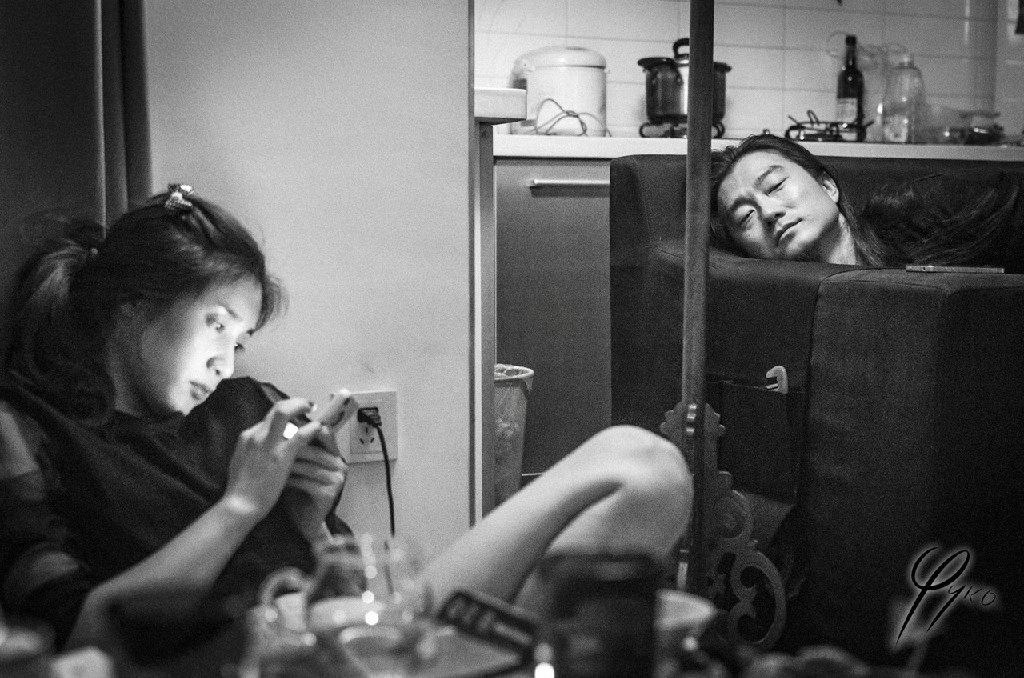 4) What has astonished you through your work as a photographer in China (and elsewhere) ? Can you tell us about a particular moment you found incredible ?

Well, what I’m going to say probably applies to many places in Asia in general but it’s definitely relevant here in China too.

It’s the attitude people have towards photography. When you take a photograph of someone, they actually feel honoured of the interest you are giving them. If you do it properly of course, not if you try to steal a snapshot under their nose and run away…

I’ll always remember my first attempt at street photography when I was in Ulaan Baator.

I was super shy then (and kind of still am today) and I really wanted to take the portrait of a woman and her child. So I gathered my courage and went up to her and asked if she’d agree with me taking her picture.

She did, so I was super happy. But the crazy thing is that when I had finished, she actually thanked me. 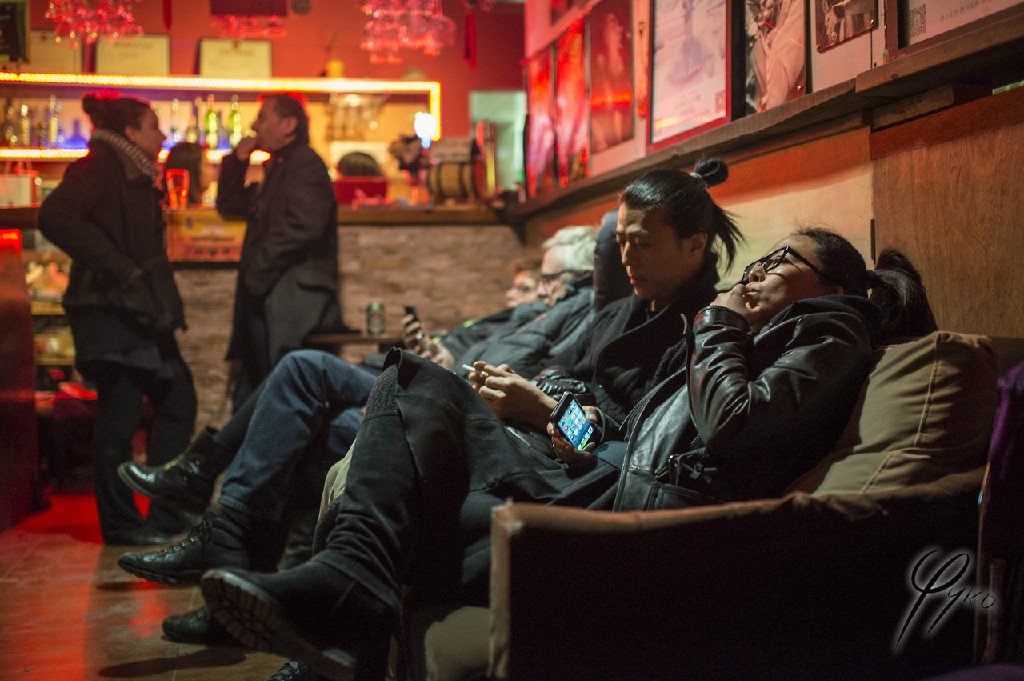 And that wasn’t even a digital picture so I couldn’t show it to her. That really touched me. Some similar things have happened here.

5) How long do you plan to stay here and what are the objectives you want to fulfill ?

Hum, I really have no idea. I hardly know what I’ll be doing next week-end, so plans are something I am not good at. Planning scares the hell out of me.

Objectives ? Well… I want to become a better photographer. And I really want to work with all kinds of people. Photography is amazing for that reason, you get to enter places you’d never have seen otherwise.

6) What can you tell us about your inspiration ?

I’m obsessed with time. What changes and what doesn’t.

Most photography is capturing what’s gone.

I have quite a few issues with memory loss and photography is kind of making up for that, I guess. 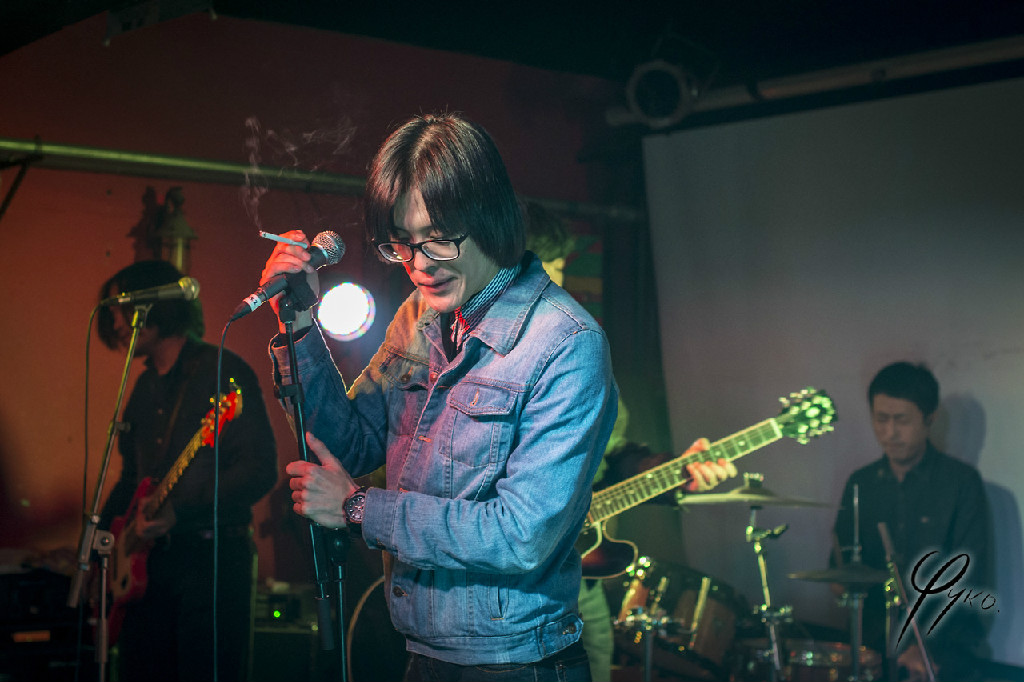 7) I know you take lots of nude pictures of ladies and pictures of bands and musicians, is there a connection between the two ?

Not sure there’s a connection… I love music. I love women. That’s it.
Who knows, maybe the next project is photographing naked bands playing live ? I am sure your fans would be interested. 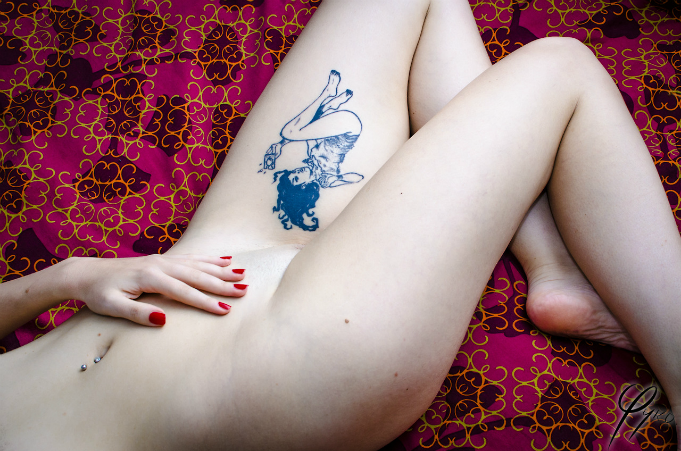 8) You have seen a lot of bands and musicians here, what are your thoughts about the music scene in China ?

Oh, I don’t really know what to say as I’m far from being an expert.

I’d say it’s vibrant and there are plenty of good bands.

I think many of these bands also know chances are slim that they’ll be the next big thing so they often remain grounded and don’t act too much like arrogant assholes.

What I think many bands lack here, though, is a sense of making events unique. When you’ve already seen a band play 5 times in 2 months, you’d like the next show to be a little different. It wouldn’t really be difficult to come up with fun concepts that would bring originality to some of their shows. I’m not talking of a whole new set or pyrotechnics but at least something different.

For example, when a venue is booking 3 bands that you love, wouldn’t you kill to see some of the band members play together on one one song ? That would be the kind of show you’d remember for sure.

It’s funny, because when I speak with Chinese who’re not into the Beijing underground scene, they ask me what Chinese bands I like…So I say  ‘A 公馆’(Residence A) but of course, they go like : « Who ?… » . And then they mention the names of super famous people I never heard of.

A last thing worth mentioning and it’s both good and bad, it’s how easy it is to get close to the stage and photograph or film the bands.

But at the same time, sometimes it’s just too much and goes completely out of hand.

If the photographers have no ethics or don’t give a shit about the audience, that’s just wrong and it gives all of us a bad name.

I remember a show at Yugong Yishan where some guys actually climbed right on the stage, between the band and the audience. That’s just unacceptable.

I think nobody should be allowed on stage unless they have a clear agreement with the band. 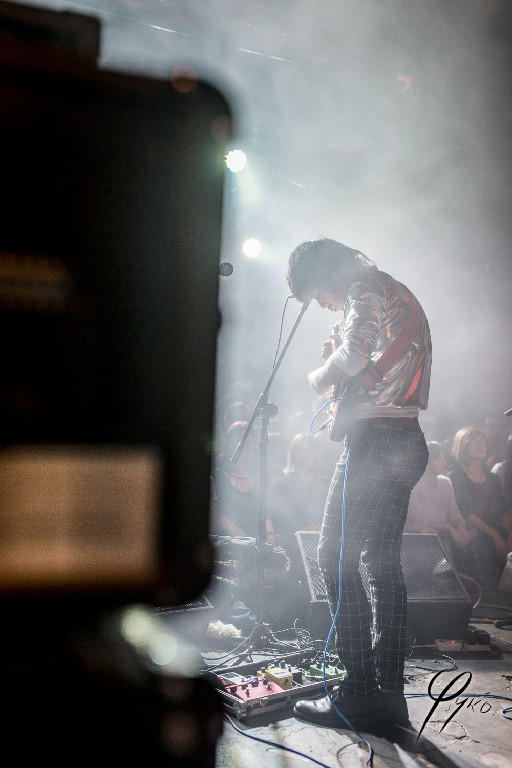 9) Is there anything you want to add ?

Err… Yeah.  I’d like to work with more fashion designers, so if you are one or hear about something in those lines, don’t hesitate to contact me. Also, I’m available for all kinds of assignments.