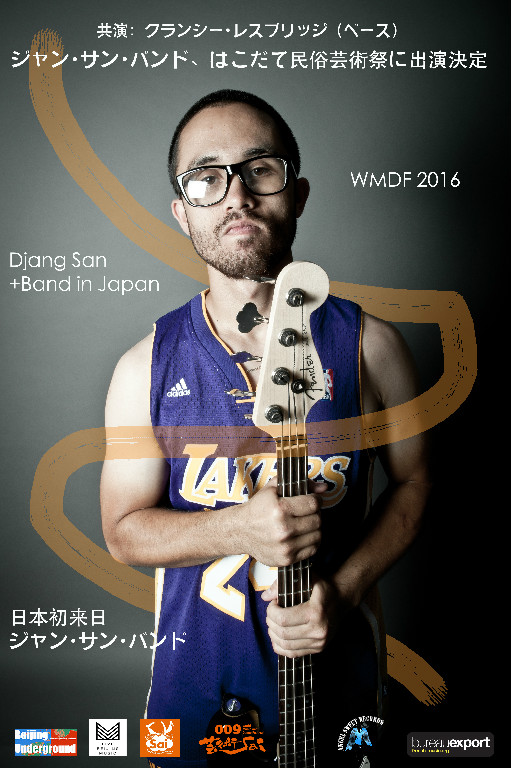 First of all, can you introduce yourself as a musician ?

I’m clancy from Australia and I play bass.

What do you think of the Beijing Underground music scene?

I think the BUMS is great because there there are so many different opportunities for bands of any genre to sing any language and find great people who come to their shows who really appreciate the diversity of original music from around the world.

I’ll like any style if the song is good but a few artists that have really inspired me are the Red Hot Chili Peppers, No Doubt and Jimi Hendrix, just to name a few.

How long have you been doing music ? What was your first instrument and why did you start a rock band to begin with ?

I’ve been playing bass for 17years. My father tried to teach me piano when I was young but I wasn’t interested. Years later my best friend was learning guitar and I followed him to a guitar shop where I saw a bass and thought it looked cool, so eventually I got one and we made a band together. I love playing music together with a good bunch of friends, best feeling in the world.

I didn’t get to play with The band in Korea but I was on holiday at the same time they were there. I was already friends with carlo and when I heard he was going I wanted to see them perform. I was just good timing that I was there and Steno the current bass player at the time was planning to return home. I was basically accepted into the band before I got to audition properly because we got along so well.

I’m in love with Japan so to be there and play music was an amazing experience for me. I miss the food and I hope we can go again soon!

I’m really looking forward to the new songs we’ve been working on. It’s been almost two years in the band for me now and I think we’ve all bonded really well. I think that will show in the new album because we’re all sharing ideas together to create something like we haven’t done before. It feels fresh and exciting.

At the moment I really only have one active band. Most people who come to Beijing from outside normal return home after a few years. But I have a band with my sister the Plum Trees and another band called the Sleepwalkers which I got the opportunity to scream out loud as co-singer. I’m slowly working on an experimental bass solo album but I much prefer performing with others than I do alone.