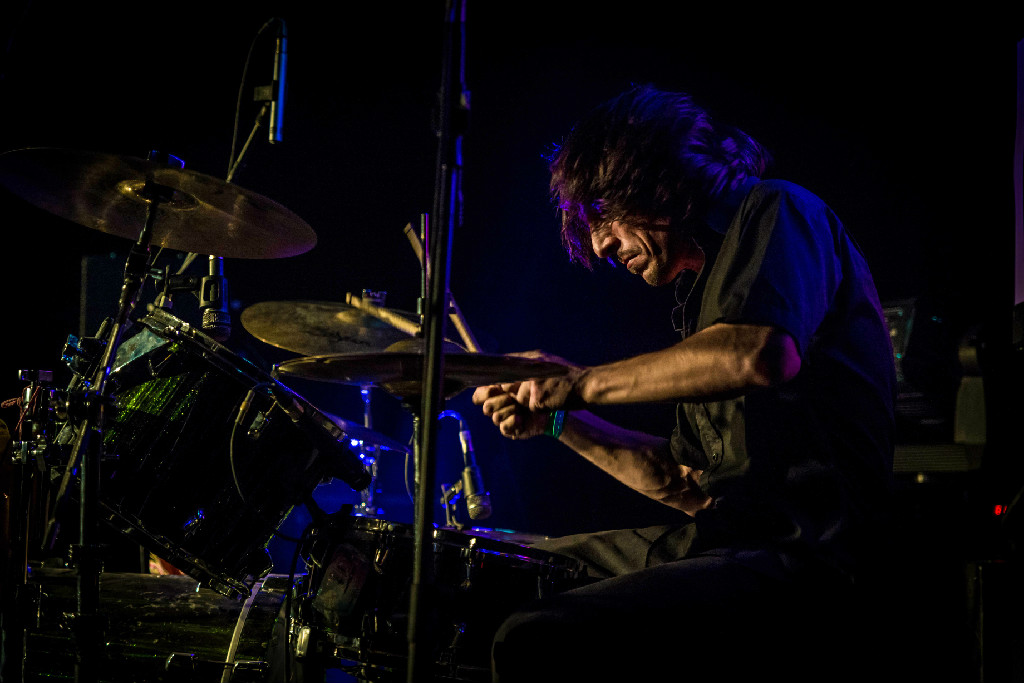 What do you think of the Beijing Underground music
scene ?

I feel there are 2 distinct scenes that occasionally overlap each other but usually stay in their own camps. The foreigner expat musicians are only here temporarily , usually work part time, and have a lot of freedom for experimentation and interesting mashups of music styles and international members. The local Chinese bands are usually pretty young college kids who have a brief window of opportunity to make something happen before societal pressures force them into marriage, career, and so on. The bands that do survive definitely thrive creatively on that stress and general resistance in mainstream China to any live music that isn’t CCTV friendly ktv pop shit.

How long have you been doing music ? What was your first instrument and why did you start playing rock music ?

I started taking piano lessons when I was 4 and would listen to albums and try to play along with them. I stopped taking lessons around 14 and picked up drums because I was an angry teenager that wanted to hit things. My friends agreed and we just started a band not really knowing how to play, just being noisy and obnoxious. It was just an escape from the tedium of suburbia.

Any albums or music and video links you want to share to talk about your music ?

Since moving to Beijing 6 years ago, I’ve been a part of many projects; Xinjiang folk rock band Bilaye, stoner punk rock trio The Death Narcissist, prog party band The Harridans, and my longest running project as the drummer of Djang San + Band.

No particular link to any, just search around .

It was great getting out of Beijing and meeting other international bands, and sort of taking a more objective look at our project and see how it compares to others, not just locally in China. Really good, positive experience.

The next album is in many ways the first one written entirely from scratch as a whole group. We’ve played together so long it was a really relaxed and natural process coming up with the new material, and the songs have a lot of power and energy behind them. I’m excited for the new materials actually and they’re really fun to play.