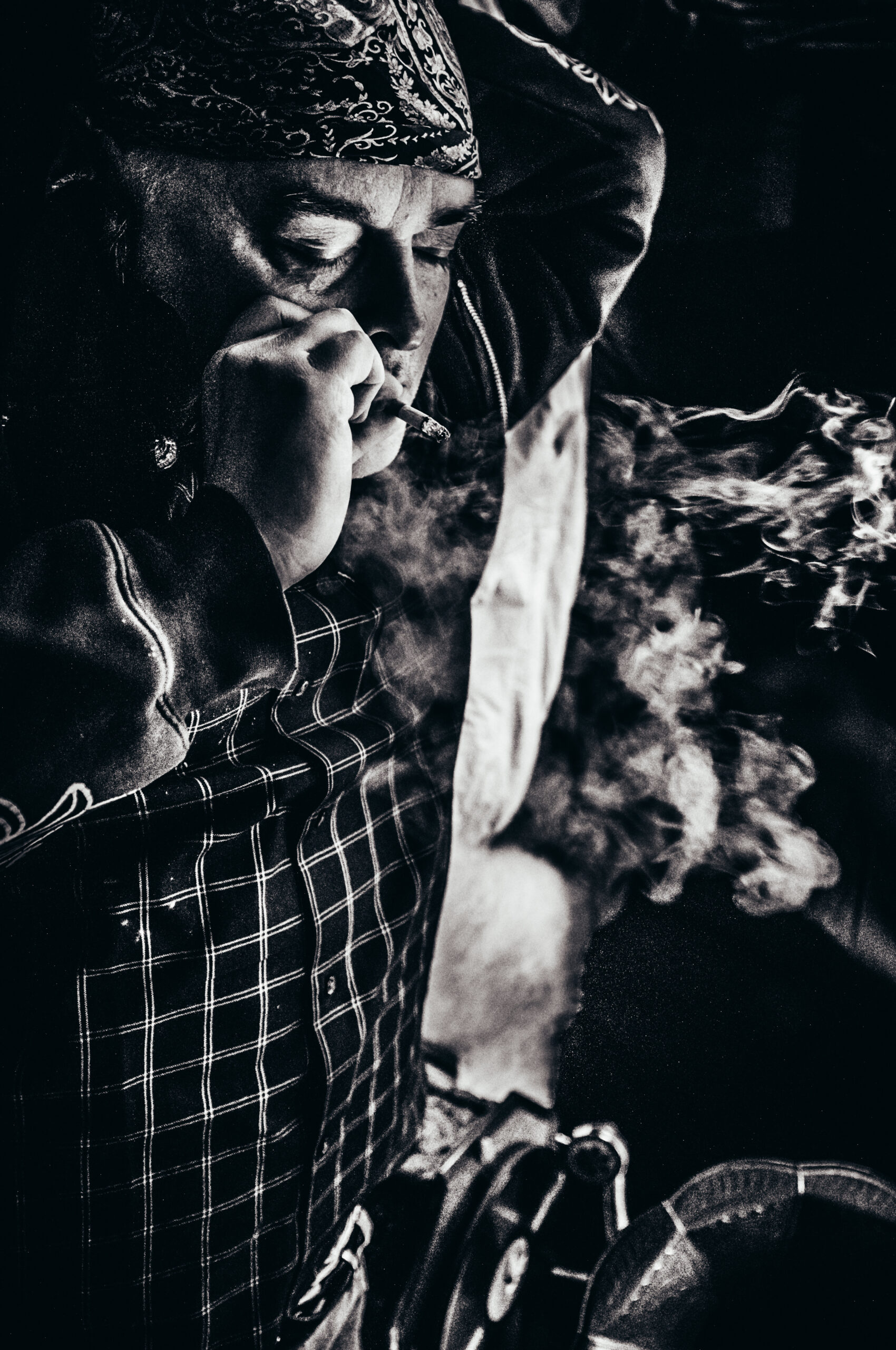 This LP is dedicated in three respects: First and foremost to the memory of the artist’s father, Yancey, a musician and factory worker about whom the song 40 Years was written; second to Eric’s sister’s home that burned in the 2018 Malibu fires (which inspired Really Miss); and third to the artist’s adopted home of New York City (which inspired In Me).

I met Eric Allen a few years ago in Beijing, at the time he was playing covers of Blues and Country music around the city, gigging as most musicians in Beijing in venues such as Jianghu, Home Plate, Modernista, Temple etc.

Many nights around a good whisky we talked and talked about music, how to record, where to record, why make an album, what to express, the difficulties of sometimes finding inspiration.

Then Eric decided to actually record an album and release it.

As soon as i put play and heard that raunchy voice I entered a trip into America’s countryside. For the first two tracks « Night Falls Again » and « She Waits » I was caught by the melancholy of the lyrics and feeling of nostalgia that came out of the melodies.

« My guitar moans its lonesome cowboy song » he says, and that’s exactly what it sounds like.

« Night Falls Again » is a good introduction into the album, it already has this backup vocals that characterize a lot of the tracks, and that melancholy and nostalgia that floats throughout the whole album.

Then comes the song « She Waits » based on a true story, the story of a mother who waited for her son to return for 32 years, Check the MV for « She Waits » here.

The 3rd song, « Rattlesnake Mama » is sort of a mix between Primus and Captain Beefheart still rooted in Country and Blues. The bouncing guitars and bass tell the tale of a restless Rattlesnake Mama, one of the more upbeat tracks on the album.

As said in the intro, «Really Miss » is about Eric’s sister home that burnt in the 2018 fires in Malibu, the track gets the album into nostalgia before going to the next track « Stillhouse Blues » that brings us back to Blues with great harmonica playing and singing that reminded me Howlin’ Wolf.

« 40 Years » is probably my favorite track on the album, it is about Eric’s father and it’s probaby the song I can identify with the most as a musician.

The way the melody intertwines with the cello is just great, very good work here on both arrangements and composition.

« Hello My Soul » the 7th track on the album, with also a great melody is not my favorite but does help to present the album and the singer. The lyrics also seem to talk about the singer’s difficulty to find inspiration and how he finally found his soul to create this album.

The song “All on Death Row” , also one of my favorite on the ablum is about one of Eric’s friend, a bounty hunter. I didn’t understand the song’s lyrics at first so I got Eric to explain it to me « Life on the road as a bounty hunter is not easy, and even though he knows this life will kill him, he still goes on, because that’s all he knows. The lines about cancer are a metaphor, it’s a hard life, but that’s all he knows »

The next song « Bartender’s guitar » seems to have something in common with « All on Death Row » as the two songs share a line in the lyrics « It’s a long way home when you’re going downhill » but the song is darker and deals with loneliness, drinking and losing yourself. The track reminded me of the band Moriarty’s track « Jimmy » , check it out if you don’t know it.

With more great cello arrangements « Ugly Dog » is based on a Jimi Hendrik-like accoustic guitar riff that accelerates and slows down to create a feeling of distorted pain dealing with impossible love ; definitely my second favorite on the album.

« Road Travels on », another track about leaving and looking for one’s own soul is supplemented by beautiful background vocals.

Back to blues with « Holy Rollin’ », something closer to Robert Johnson, feels like being at the crossroad signing your soul away to the devil.

The last track on the album « In Me » is a nice track to end the album, I guess Saint John is also looking upon Eric Allen and his music.

Have a nice listen and hope this music will make you travel as it made me travel, have a nice day !

« Eric Allen » by Eric Allen, recorded in Beijing, check it out it’s everywhere.