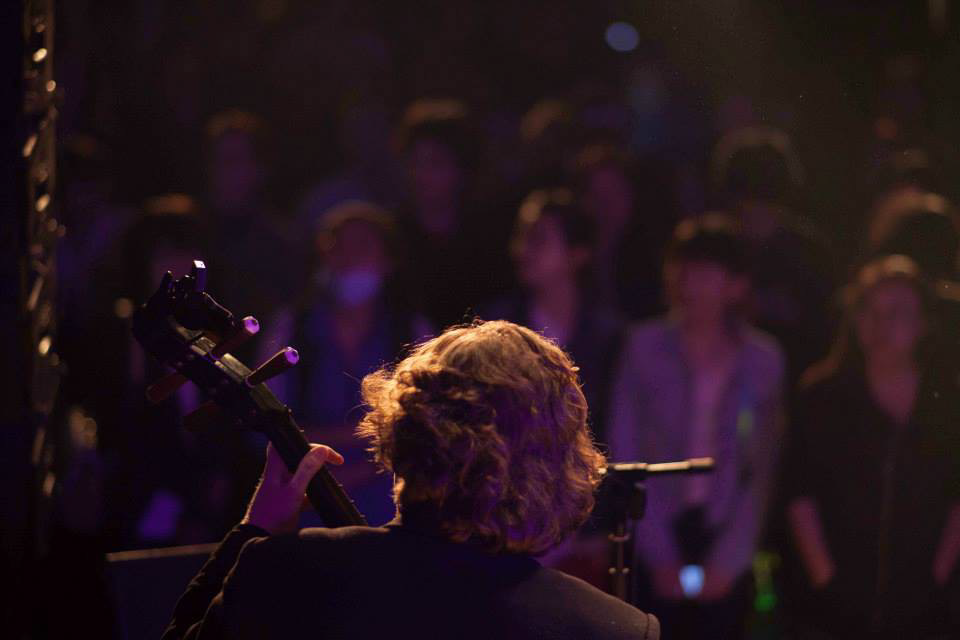 Created in 1982, Fête de la Musique (Music Day in English) has been a very important festival in France, and has over the years expanded to more than 120 countries worldwide. In China it is organized by the French Institute.

Though it has been celebrated every year in China’s main cities, 2021 marks the first time the festival is officially celebrated in Kunming and Yunnan.

He will play as the main act of Fête de la Musique this year with his trio in Chengdu, Beijing, and Kunming.

You are playing for Fête de la musique (Music Day) on the 13 of June at Xin Ying Xin Cheng 新迎新城 (Living Mall) in Kunming, is it the first time you play in Kunming and Yunnan ?

No it’s not the first time I play in the region, I have played at the COART Festival several times in Shuhe and Lijiang. I have done a few solo shows here and there in Yunnan since 2012.

This time I will play as a trio with two really great musicians, Nicolas Mège and Pierre Billiard who are two of the best musicians I have known in my life. They both play in the jazz music scene as well and often play at Blue Note in Beijing.

The show hopefully will be great haha.

Their will also be local bands in the several cities we’re playing, Red Armband, Fake Gentle, White +, Uncle Hu, Monkey Legion, and a lot of other very good bands as well as local French bands and artists that have been in China and Asia for a while, artists such as Gemini, Pierre Pradat, Dj Oshi and many more.

Have you met any French people in Kunming and Yunnan  as well ?

Yes actually there are a few French people around here, I think everybody knows Mimane, Igor, Vincent and others who have done great things here in the last past years, there is also an Alliance Française, a school where you can learn French.  They also have an event actually for Music Day at Telle Arts School.

There are also people from everywhere here, Americans of course, but also Italians, Russians etc. everyone seems to get along very well.

Apart from Kunming will you play in other cities with the band in Yunnan this time ?

No not this time, but I hope to play again with the band in the region soon, that would be great.

As part of FDLM Music Day we will also play in Chengdu on the 12 June and Beijing on the 19 June, maybe other places too, so if you miss us this time you can see us somewhere else.

What do you think of minority music ?

I love yunnan music, and anyone who likes yunnan music should check what the local label (of Sam Debell) Sea of Wood does here, they have great bands.

I often integrate minority music in my compositions, I have done that recently on the album « Suputa Masala », you can find it on all streaming platforms.

You have released more than 50 albums, how do you find inspiration for your music ? Are you planning on beating a record ?

Ah no the idea is not to beat a record, but I record constantly, it’s almost like a disease, if I don’t record music, I feel ill.

That’s a tuff question, actually I’m never really sure where inspiration comes from, it just comes, sometimes through experimentation, sometimes while walking in the streets. I don’t know, it just comes…

Are you planning on a new album and what will it be like ?

Yes I am recording a new album now, actually two albums, one of world music and one electronic, you’ll hear those soon enough.

Thank you Djang San, have a good show !

Check more infos on Music Day by clicking on these links :