Interview – Shuilam Wong of Hole in the Wall – iFLY! event. 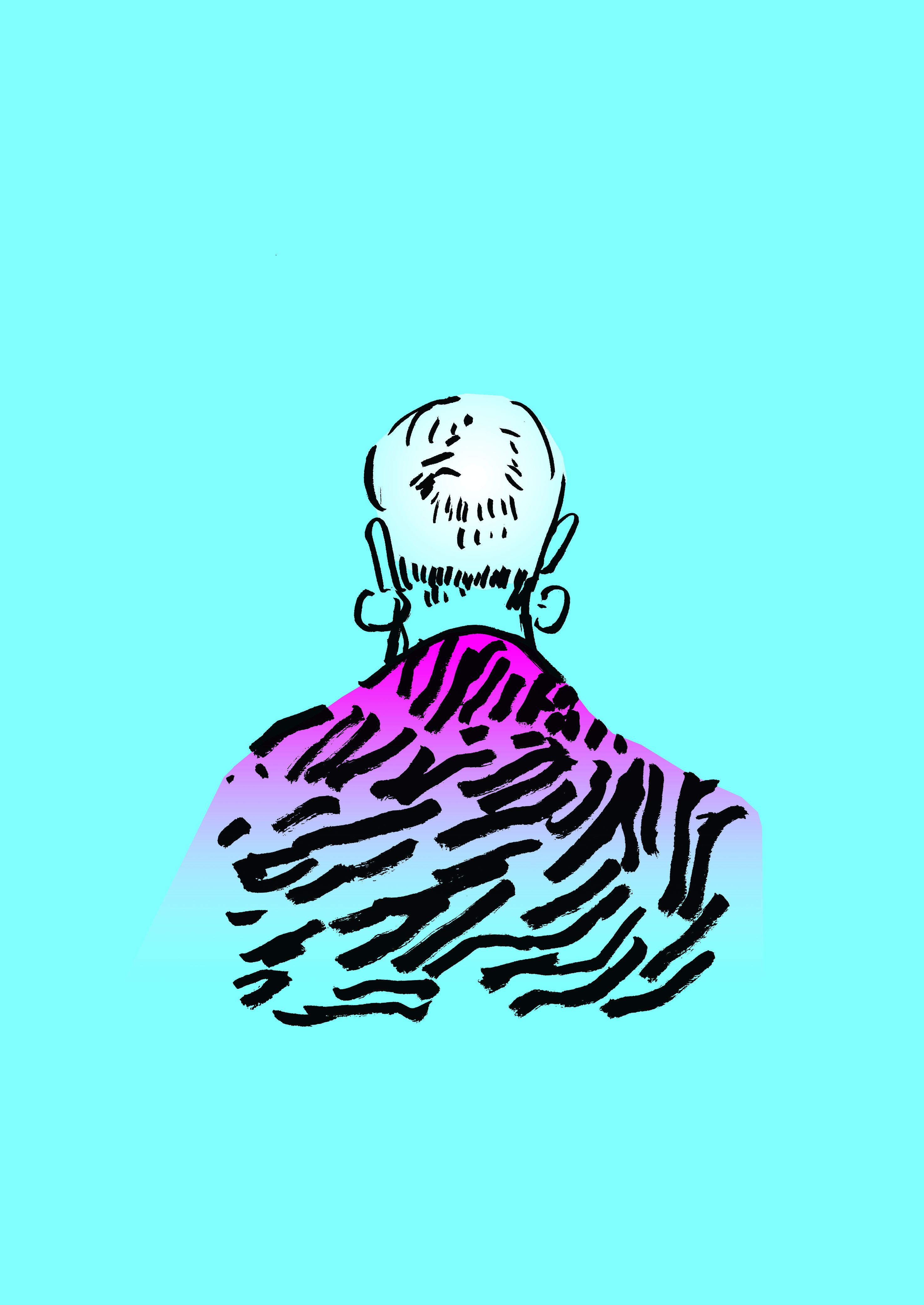 Firstly, can you give the reader a bit of your artist background as well as organizations you are involved in in Beijing’s art scene?

Sure! I’m an illustrator, visual artist and designer currently based in Beijing. I studied illustration as a bachelor degree in London but didn’t really practice art until three years ago, which is when I moved back to Beijing. Since then I’ve been involved in various art projects, including illustrations, murals, workshops, markets and drawing events. I’m currently running a creative collective called HOLE IN THE WALL, which started out as a zine about the underground culture and has now grown to a platform for creative events. 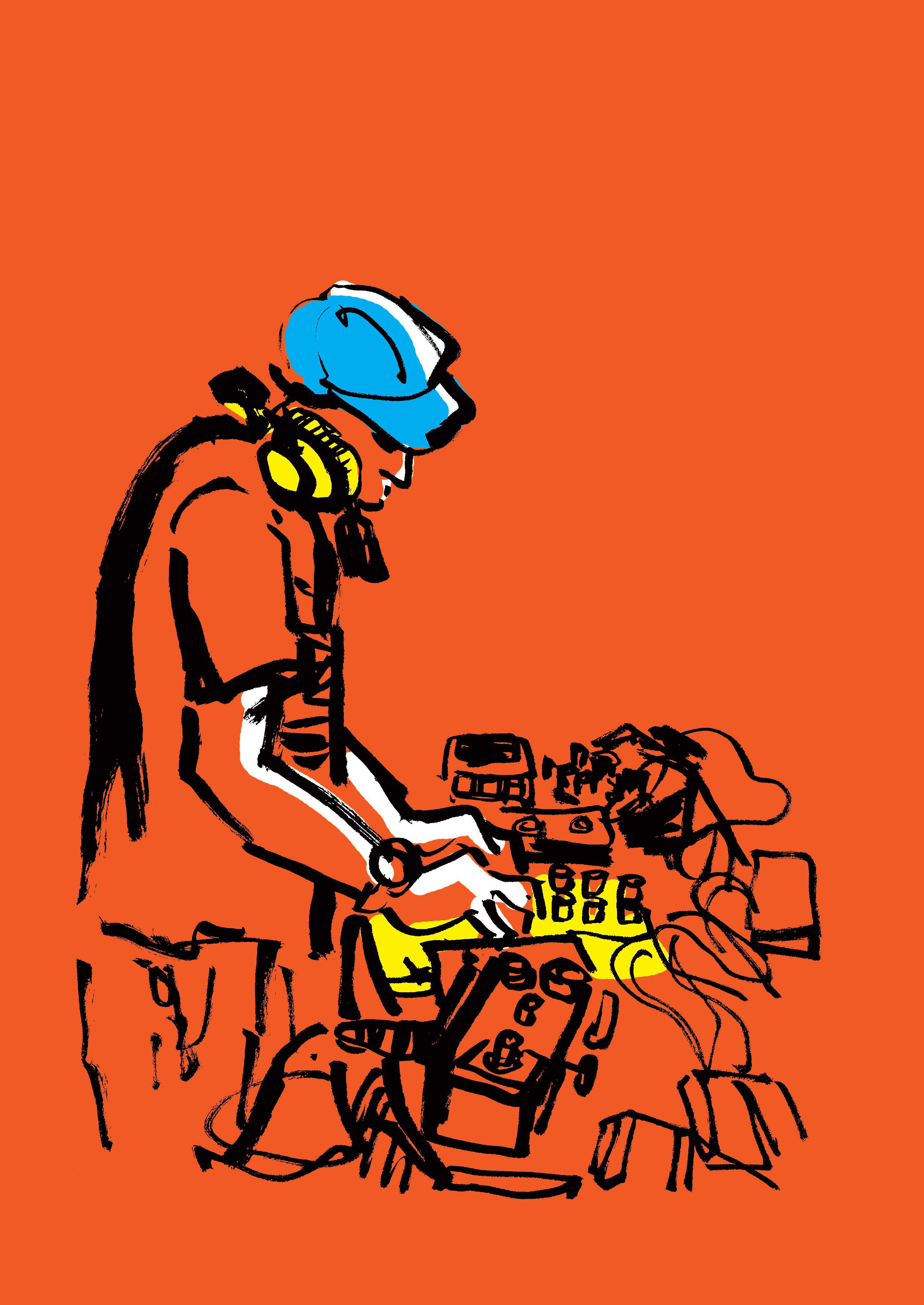 How would you describe your style(s) of art? What methods do you use and what do you normally use as subjects? Do you have common themes in your work?

My style tends to be quite loose and bold, using strong thick brush strokes and bright vivid colours. I virtually always use an ink brush pen because I like to draw on the go and have less control of my lines. During live performances, I use an iPad and an app called Tagtool, which allows me to draw and animate in real time. Though the complete opposite to a traditional brush, I still draw in a free and loose way, quickly creating whatever that comes into my mind.

When I draw from observation, my subjects are usually people I see at bars, cafes, and live shows. Whereas when I draw from imagination, they tend to be cute sleepy creatures trying to look fierce, like bears, cats, monsters and astronauts. I suppose an overall theme in my work is the simple, almost abstract depiction of characters. Be it people I see in real life, or things from the depths of my mind.

What is the ultimate feeling that your work gives you? In what ways does it influence or move you?

This may sound cheesy but I suppose it gives me a sense of freedom and fulfilment. Whenever I’m out and see someone interesting, I have the need to capture that person. Whenever I listen to music that is moving, I have the need to convey those emotions. So when I draw, I feel like I’m releasing the desire to express and create. My work influences me to be active and constantly look for inspiration. 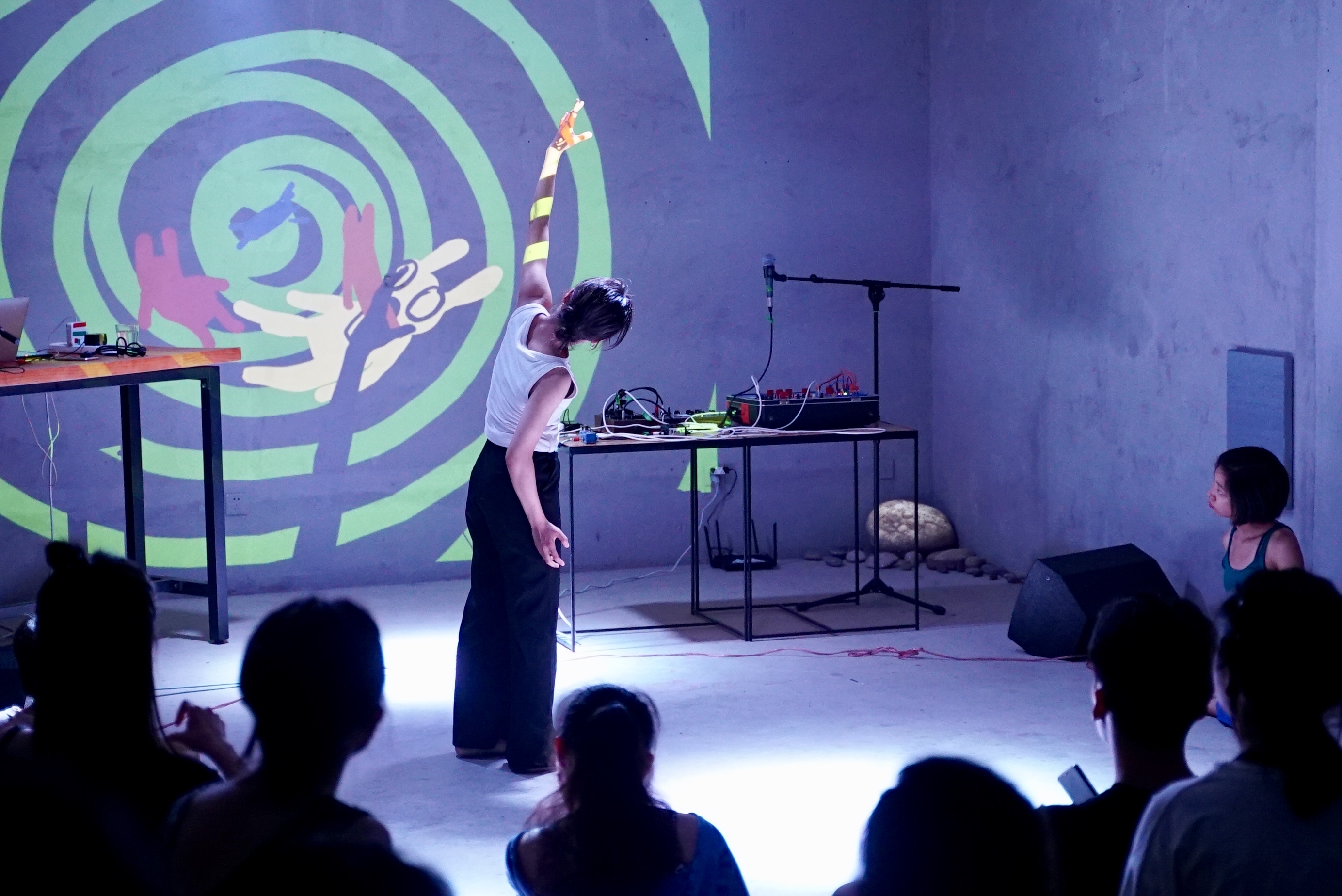 Do you have any expectations toward your performance with ambient solo musician Solent?

I’m really excited to collaborate with Solent! I watched his show at Fruityspace a few months back and was really moved by his performance. His ambient music is slow-burning and immersive, which I can already imagine stimulating some emotions I’d want to express during our performance this Saturday night. Expect abstract shapes, lines and characters moving gradually to the music. 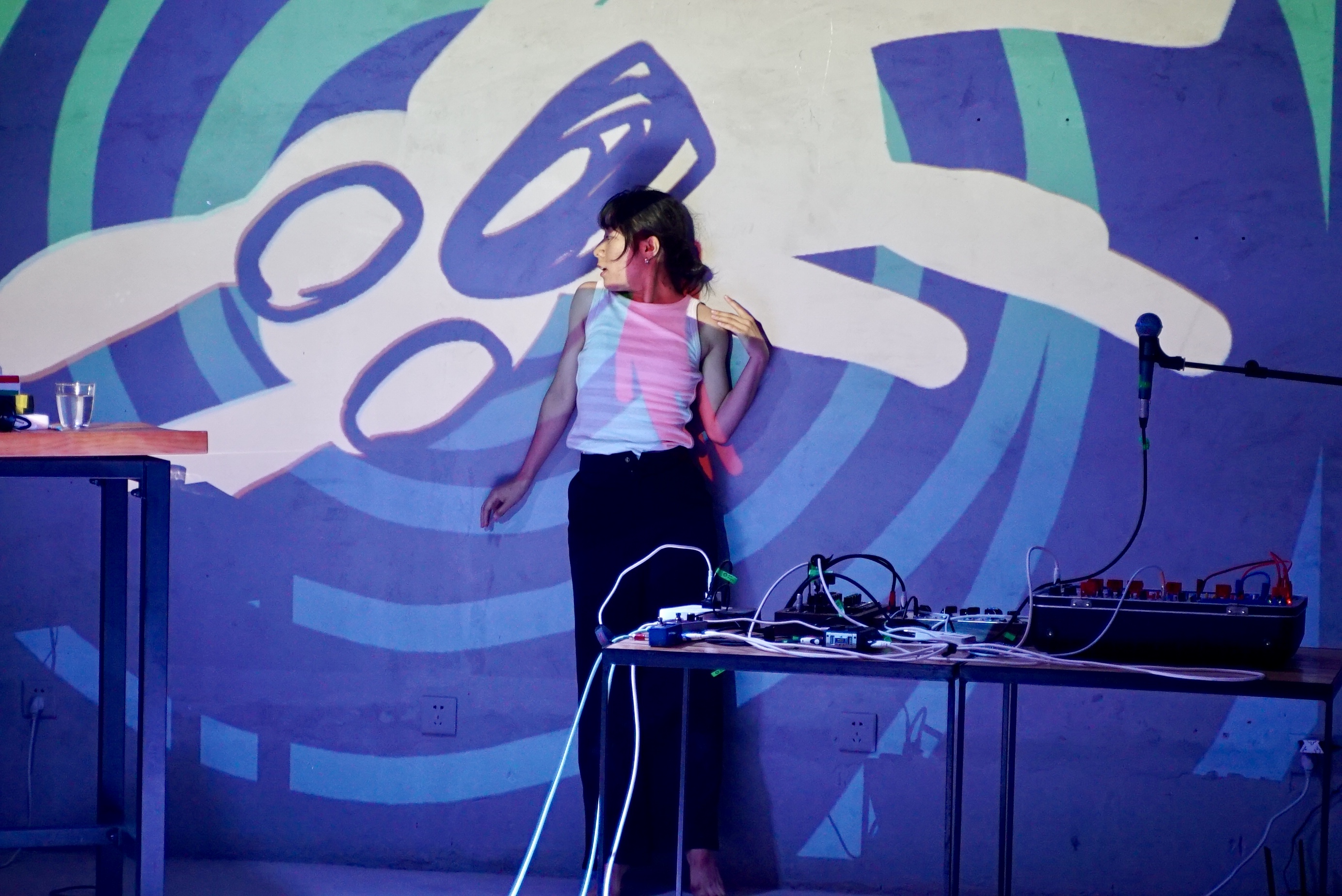 Can you recommend some of your favorite artists that have impacted your work? Anyone who constantly inspires you and keeps feeding you new ideas?

The artists who have hugely impacted my work are mainly the illustrators I met or discovered during my art school years in London: Jim Stoten, Lucinda Rogers, Tim King and Jean Julien. Jim Stoten was my first year tutor who shamed me out of drawing from photographs and into exercising the imagination. Lucinda Rogers was a visiting artist who introduced me to the practice of recording people and places through direct observational drawings. 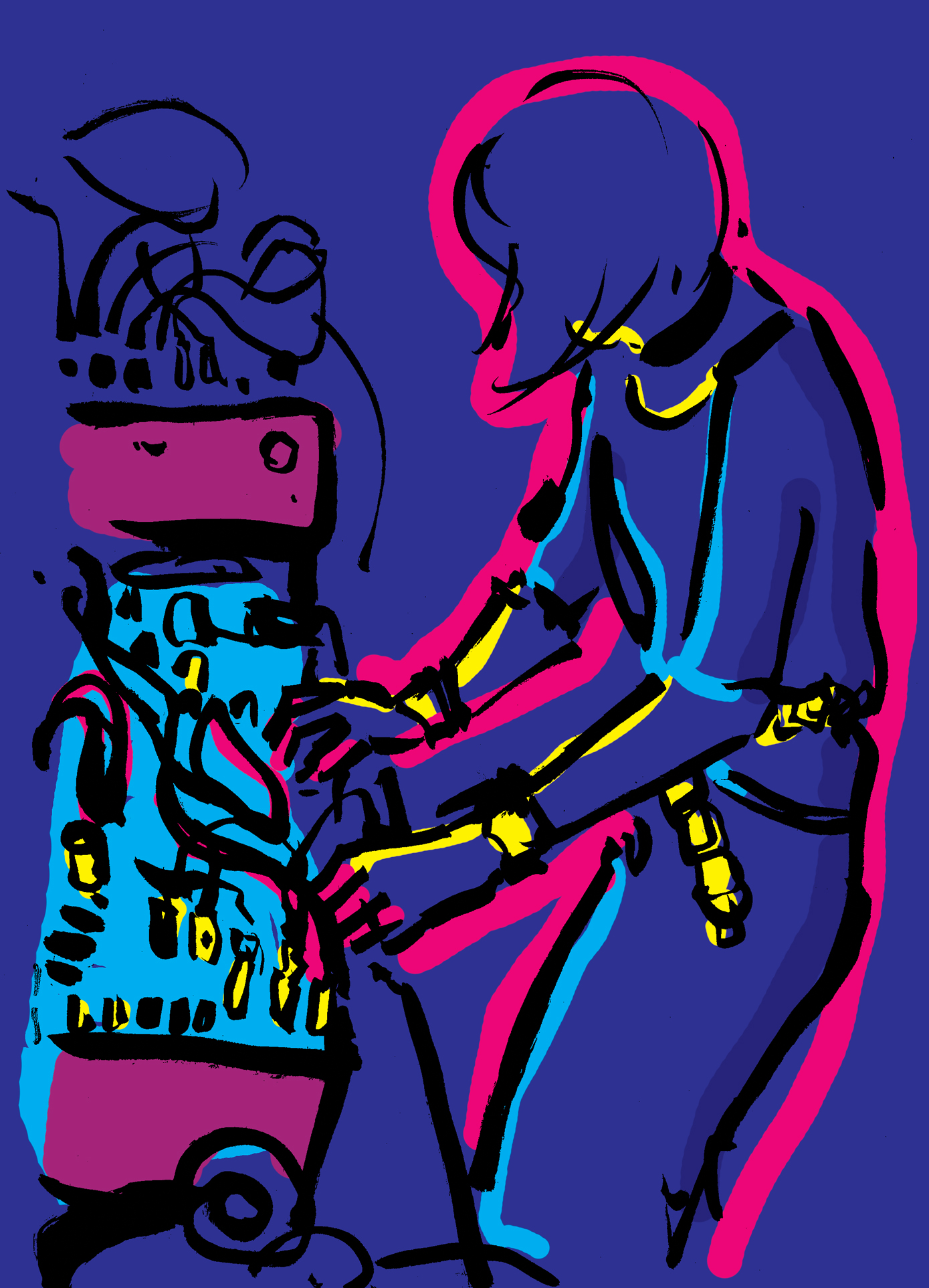 The people who currently inspire me are actually within the Beijing underground art scene, such as those behind nugget records, Shining Dimensions, Loreli, Spittoon and Hutong Art Fest. They are active in the community and constantly creating new things, which in turn makes me want to do more. 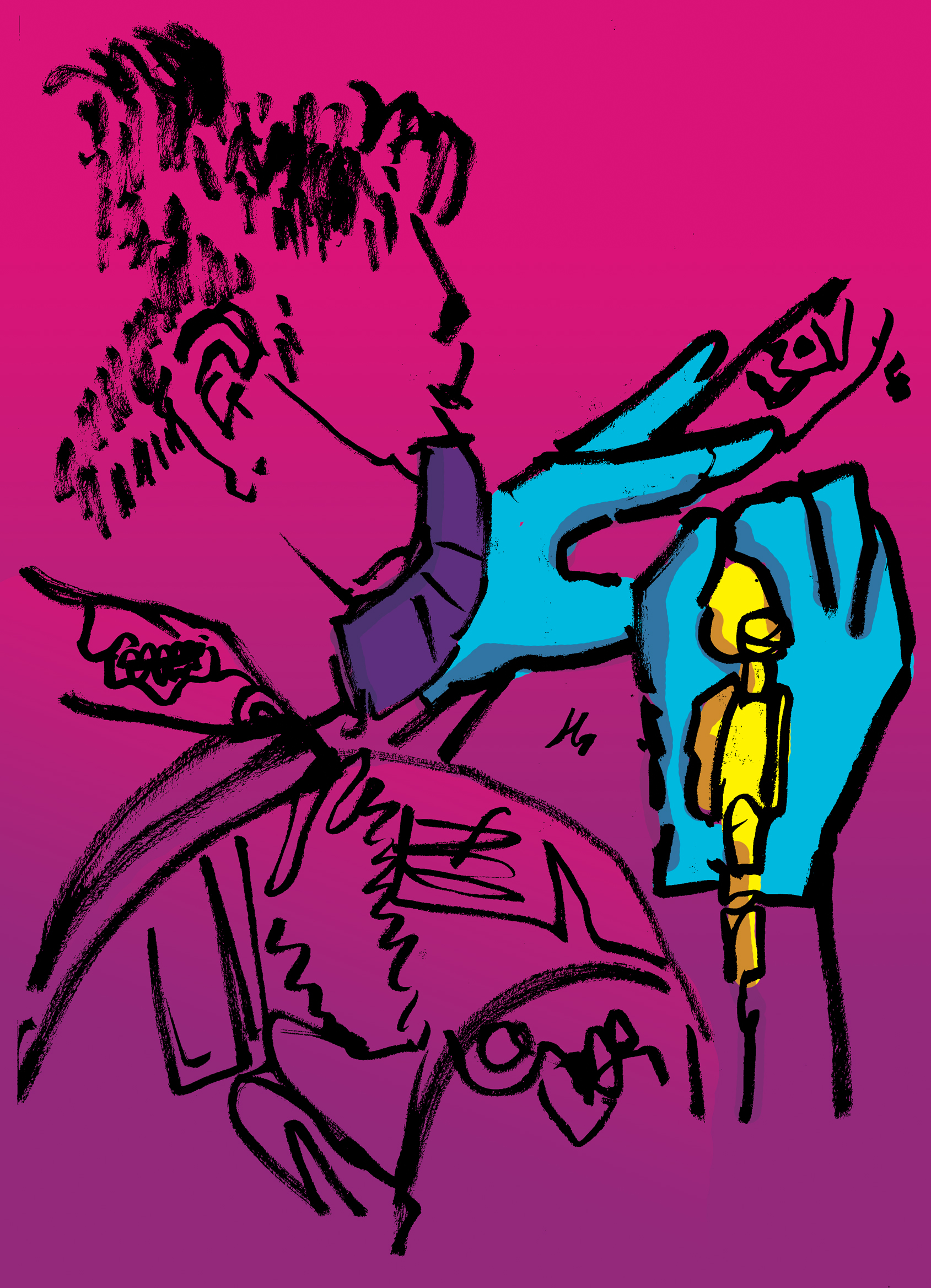