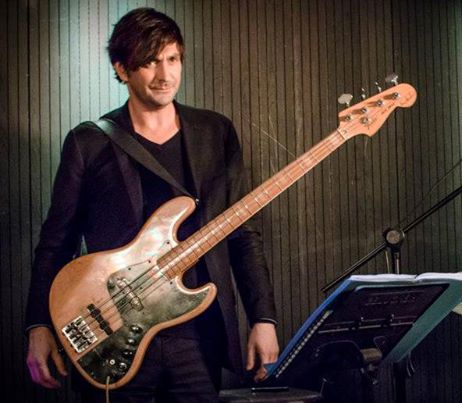 First of all, can you introduce yourself as a musician ? 请你自我介绍 .

Bass player, DJ, composer, musician since 30 years, graduated with distinction from MAI the 1st french current music school, I also did jazz conservatory. I m open to every genres and deeply think that music is not a question of esthetics but of artist and feeling.

What do you think of the Beijing Underground music scene ? 你觉得北京地下音乐现在怎么样？

what does underground meaning? If u mean by not commercial, Beijing is going better but still need to go further, for a 20 millions town it’s still far from Berlin Paris or London which are smaller town.

What’s your favorite music to listen to ? 你最喜欢听什么音乐和乐队？

I like all the 70’s music, led Zep, hendrix, Zappa, king Crimson, and also Jazz from the 60’s and all the fusion of jazz rock, like Miles Davis, Herbie Hancock, Wayne shorter and weather report.

How long have you been doing music ? What was your first instrument and why did you start playing music ? 你做了音乐做了多长时间 ？你是怎么开始做音乐的？

i’ve been doing music for 30 years, I started with drums, then guitar and finally arrived on bass. And I did music because I loved it and also, all my 4 sisters play an instrument, my mother is a mélomane she listens to all the kind of music, from Motörhead to Mozart. It helps to keep an open mind, thank you mama 🙂

What are your other musical projects ? 你有别的乐队吗？

with the same guys of Stone Ahonen han, we have 2 others ideas, one is doing seventies cover like Hendrix, something really open where we can improvise a lot inside, we’re not interested to play copy of record without freedom of playing inside. Then the other idea is to play music movie rearrange it and have fun with it.

as music teacher, I advice to listen the basics before going to modern, so in different esthetics I ll say Bitches Brew from miles Davis, led Zep 2 De Led Zeppelin, Thrust from Herbie Hancock and maybe lark s tongue in the aspic From King Crimson.