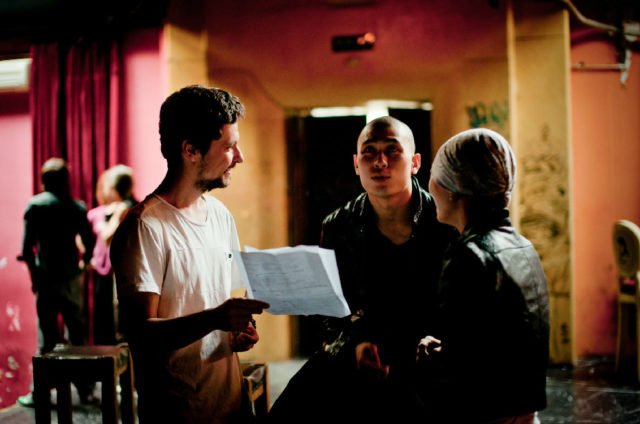 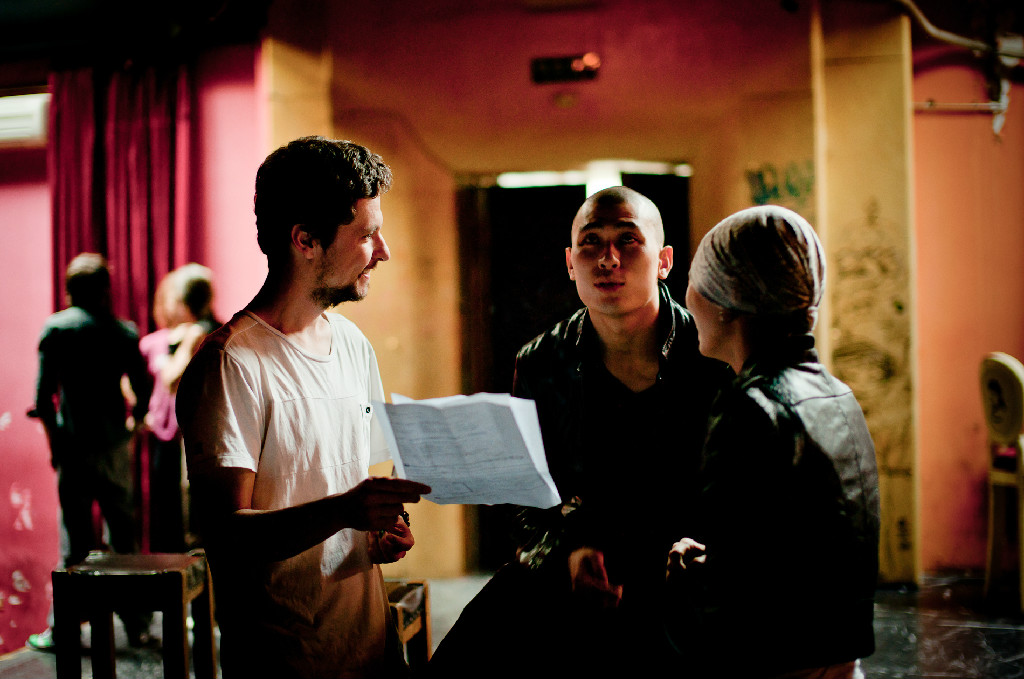 1) Hi Yoan, where are you from and what made you come to China ?

I’m French and come from a small town located in the west of France called Poitiers where there is a famous alternative organization – L’Oreille est hardie / Le Confort Moderne. They made SONIC YOUTH come in 1983. This is where my alternative culture comes from. Without them everything would be different in my life. In this context I had no choice but to become curious and maybe this is why I’m in China now : just to see this other culture.

2) When did you set up Wangba records ? what does the name mean ? and why did you do it ?

In 2007 for the first tour of the French post-hardcore trio PAPIER TIGRE.

Actually, since then I released 9 albums (The most of them CD-R but all under license) and organized something like 250 gigs in China. I did exactly what I wanted to do : just bring over here the music I like. Why under this name? Wangba = bastard. At that time I wanted something dirty, a bad name. For me it is impossible to make something really alternative and use a rainbow as a flag. If you want to be “alternative” it means you are ready to show us the other face of reality. How tcan you do this if you show us everything is beautiful?

3) I know you have toured in Europe with Xiaohe, one of the most interesting folk artist from China, what can you tell us about this tour ?

In 2009, I drove the car, organized a part of this tour, and shared hotel rooms with both the French solo artist L’OCELLE MARE  (former guitarist of CHEVAL DE FRISE) and XIAO HE. It was great. Only good memories. During this tour Xiao He became one  of my favorite artist because I understood that music is everything for him and really a natural thing. We did 34 dates in 36 days in  Europe and each gig was different. If you can find something better I give you 1000RMB!

5) I know you are preparing a big festival in Beijing for April 2014, what can you tell us about it ? who are the big names that are going to come and play here ?

Not big for the size but a big one because the line-up will be so great. I don’t want to say a lot about it – even the full line-up is almost confirmed now. Some of the artists invited are more famous as HAINO KEIJI, LYDIA LUNCH, SERGE TEYSSOT-GAY (former guitarist of NOIR DESIR) but the rest of the line-up is still essential for me. The name of this festival should be X NIGHTS, 10 worldwide artistic and professional projects focused of course on music but opened on literature, painting, dance, photography and movies. I don’t want to do it as an outdoor festival because I want to stay independent and I don’t want to deal with building promoters and stupid local sponsors. I promise that nobody did this before in China. For a part of the audience it will be like a dream and for some people like a nightmare – it depends on your philosophy of life.

7) What are the bands you find interesting in China and what is your vision of the music here ?

In China it is really hard to express yourself as part of a group of persons. So the bands’ message, expression, music is still not    interesting for me. Since the first minute on stage you can guess where they will go… The American way is too strong in Chinese    big cities… If this is what I’m looking for I just need to watch TV… The only possibility to be “original” here is to play alone.

On tour I saw some good bands in Changsha, Xi An, Guangzhou, Hong Kong but not in Beijing, maybe expect PK14, Subs.

When I say that my Chinese friends told me that it is normal because I don’t understand the lyrics. My answer : You don’t need to   understand lyrics to feel deeply the performance on stage. If the lyrics make no sense the performance can’t be good and    indirectly you feel it. I lived in Paris 2 years. I saw the best musicians there so I know what is good or not on stage.

If you play an entire life in your room in front of a mirror, for sure you will stay the best one in YOUR world.

8) What do you think about the foreign artists and musicians living in China ? Do you think they have an impact on the music here  ?

Foreign records and foreign music have a strong impact on Chinese musicians for sure… without it Cui Jian can’t exist,  Chinese  Reggae bands neither. But traditional Chinese music have also influenced occidental music… for rock bands too,  Do you  know the American band PONYTAIL ? it is amazing!

About foreign local artists I know only one musician deeply influenced by Chinese music and local Chinese life : DJANG SAN  (actually the guy who’s making this interview lol), I’m just talking about his solo performance. He doesn’t try to play as  Chinese musicians, he’s just honest with himself – in the same time with his “romantic” French background, local urbanism  and Chinese spirit.

8) Is there anything you want to add ?

For all these reasons I hope that China will be the next big thing for the international alternative scene… The growth of the  economic situation is amazing here compared to the growth of cultural things. Everyone wants to be a DJ. Ok let’s do it, let’s make  the world perfect!!!