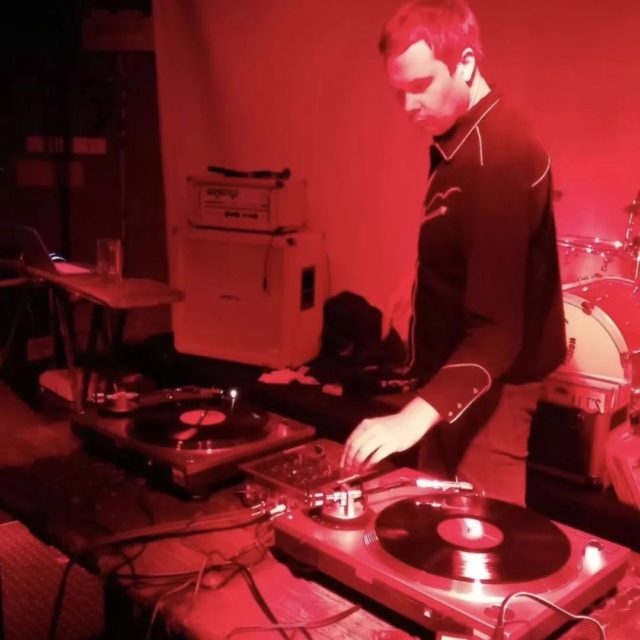 For my previous Winter Days interview I revealed that it was channelled from my spirit guide after drinking ayahuasca.

Earlier this year I travelled to Nashville and Memphis and discovered that deep-fried food is more popular than Jesus. One night in Memphis I had Skillet-Fried Pie: First take an iron skillet then dig out some chunks of butter and heat it up until it forms a deep pool of saturated fattiness. Then grab a wedge of pecan pie and fry it up until it gets crispy. Finish it off by dumping half a tub of ice cream on top and serve.

For the Boss Cuts band – that its members cover every continent except South America. We are on the look out for someone who do capoeira. As for DJing – that I am spending my retirement fund on records. If in the future you see a guy on the street sleeping on a pile of records slap him and then buy him a jianbingguozi.

A couple of years ago I went to Fuji Rock in Japan and wondered why the bands don’t come to China. I asked Freddy (drummer for Boss Cuts and Oldy Baby) and Han Ning who runs Painkiller and they said that there isn’t yet a critical mass in China. Sure there are 1.35 billion people here but only a minuscule number go out to see live music. A couple of months ago Ernesto Chahoud and JJ Whitefield from Poets of Rhythm DJed at Dada and the turn out was underwhelming. JJ almost singlehandedly brought about the whole funk/soul revival in the 90s and 2000s and yet the dancefloor was mostly empty. Freddy’s other theory is that people aren’t willing to spend money on things they don’t know. So go out and see bands you’ve never heard of and give them some money.

Where would you like to see the Beijing music scene go in the next few years?

More rockabilly, surf, garage, and psych. These styles are really popular in the US, Australia, and Europe. Bands like Guantanamo Baywatch, Shannon and the Clams, Kid Congo and the Pink Monkey Birds, Black Angels are constantly touring but unfortunately it is unlikely that they would come to Beijing. When I started Boss Cuts I had no idea whether people would like it or not. Same with DJing. Some nights it works, other nights it bombs. One night at School a very drunk Natharb said to me “Boss Cuts was never meant to happen”. I took that as a compliment. Doing something different is risky but why be a lemming.

What would you like to see more or less of in the Beijing underground music scene?

I’d like to see fewer foreigners doing cover music. My China rule is ‘Would I Do This at Home?’

DJ Boss Cuts will play at School Bar as part of the “Beijing Underground Summer Music Days” on the 20 of June 2018, don’t miss them !